Andreil game is a one man company based in France.

Creating original project, they are specialized in AI programming and fun games.

Laurent Goethals, a crazy gamer, broking his first computer at 6 and trying to code at 8.
While growing, he tries to make his own board game by changing real board games rules.
He really starts to make video game at 18.
After a programming master and a video game master, he works as an asset manager in a video game company for a year. It allows him to learn many things on management.
Going indie in 2009, he slowly starts to learn the remaining jobs of the game industry (graphics, music edition, video making, website creation…) 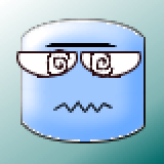