The Lazy Dogs are two creative minded brothers, along with a kennel of other talented people, that aim to make great computer games. Below are the profiles of each dog, along with links to their own personal web space.

A true programmer at heart. It all started in the golden age of graphic adventures, when Sierra and Lucas Arts games ruled the PC screens.

Having played a few adventure and puzzle games, Karsten became hooked on the concept of the genre. Whether the game was text-parser or point-and-click based, he saw magic appear on the monitor, and decided that this was what he wanted to do in life : design and program games. Unfortunately, all that the school curriculum had to offer was Turbo Pascal, so with that knowledge, Karsten went on to design a game called Mastermind for DOS, amongst others.

After school, however, his path changed slightly to the dark side as no games development courses were available in his home country South Africa, so he ended up teaching himself C++ at home. This led him to redevelop Mastermind for the Windows 98 operating system. Having still no luck come his way regarding the professional gaming industry, Karsten decided to travel a bit to Holland and Germany, and wound up in the music industry, gaining valuable knowledge in music production and DJing.

After returning to South Africa a few years later, he took up DJing as a full-time profession, whilst continuing to learn C++ and build further small games. He left South Africa for good in 2008 to move to the United Kingdom, where he now continues to improve on his game making skills and plans to begin a Games Programming Course in London in October 2012.

The laziest of them all, this dog got hooked on games watching his brother play them. By that stage, the gaming industry was at a point of big change when the First Person Shooter was born and people evermore demanded fast-paced action games.

This change led him to gain a keen interest in Shooters, Real Time Strategies and later Massively Multiplayer Online games. During a very rocky schooling period, Julian got himself involved with learning Adobe Photoshop and Autodesk Maya. Being the creative person he is, he started developing a few designs for his own personal goals, to the point that he even created flyers for parties his brother DJed at.

Despite having a creative streak, Julian also has a big interest in and liking to computer hardware architecture. Alongside his creative doodling, he also worked alongside hardware technicians in a small computer shop, learning to build computers from scratch and installing operating systems and other software. He also helped others privately, by repairing their computers and software issues.

Close towards the end of 2008, Julian left South Africa and emigrated to the United Kingdom, where he furthered his IT knowledge by taking on CompTIA and improving on his hardware and Photoshop skills. On top of that, he has also developed a small showreel animation on Autodesk Maya, and has experience with Dreamweaver CS5.5, which was used to develop this here website.

Paul has spent a great amount of time playing and studying games. His first gaming system was the original Game Boy, and through time he migrated onto PS3 and Xbox Kinect. He followed his passion to Bloomfield College to learn about the game design process and after graduating from there with a Bachelor of Arts degree in Game Design, Paul has gone onto testing a variety of online games as well as produce artwork for an upcoming Facebook game. He loves the concept of coming up with a simple idea and taking that idea and turning it into a fully developed game.

Paul is a truly dedicated gamer who will spend countless hours designing artwork for games. He has done a variety of self-projects using Photoshop and Maya. He was recently involved in the testing of our latest game, Codecracker. Besides having gaming skills, Paul also has graphic and web design skills. In his spare time, Paul likes to play first person shooters and third person action adventures.

Meet our mascot, Dodo, the lazy dog. With his sleepy eyes and laid back view to life, Dodo enjoys nothing more than a bit of chilling. Which is why we feed him our computer games on a regular basis. The more games we make, the happier Dodo is.

He loves to play a good adventure or puzzle game, which is probably why his eyes look so droopy, all that thinking he has to do… 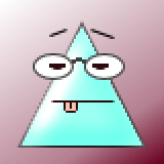 Tales from the Dragon Mountain: The Strix Review