I’ve been given the chance to review Naruto Shippuden: Ultimate Ninja Storm Legacy and I am doing so on the Playstation 4. What Bandai Namco has done with this is collect all 4 Ninja Storm games into one (Not really, the trilogy installs separately to Ninja Storm 4) breath-taking collection.  With this we are given the chance to again experience the journey taken by Naruto Uzumaki from when he was the young trouble making shinobi from when the series’ first started aptly named Naruto through to Naruto Shippuden retelling his rise to becoming Hokage and finally the road to Boruto!

As I touched on above, the this collection of the Ninja Storm series with the first title being released on Playstation 3 only – so Xbox fans of the show will finally be able to enjoy the Ultimate Ninja Storm for the first time with the remastered releases.

It’s nice to see a publisher offer a collection like this for a reasonable price, although having the recent Road to Boruto held up right next to the Ultimate Ninja Storm release from 2008 isn’t exactly complimentary to either game; it does highlight how little has changed through the series and how out dated some of the controls and gameplay mechanics are from the first game. But hey that’s to be expected right considering the 9 year gap between the games!

The concept of the game is very simple in that you play through the story of Naruto and his fellow shinobi in series of iconic battles from the anime. This is slightly broken up as you do get to explore the hidden leaf village and pick up side missions to do that are not combat related, with these you earn rewards such as ninja tools and healing items which you can take with you into battle. However, this has played a smaller role through each title.

It’s a shame that the story telling side of the game has also seen drastic changes through the release of Ultimate Ninja Storm 4 last year. Up to Ultimate Ninja Storm 3 the cut scenes were told using the gaming engine which in my opinion was quite nicely done. However, Ultimate Ninja Storm 4 has opted for mixture of the in game engine(not a lot) and what appears to screenshots from the anime. It would have been nice if they actually used the full animated scene – but I can imagine licensing agreements may have played a role in this decision.

There has been no change to the combat systems for each game – which is a good thing. Obviously they slightly evolve as you transition through the Ninja Storm titles. The reason it’s a good thing that the fighting mechanics are still the same is because of how basic it is. I mean come on who doesn’t enjoy a game with a single button for melee attacks, one for jumping and one for throwing. Yes this all sounds simplistic enough but throw some jutsu into this mix and you’ve got yourself some stratergising to do to conserve chakra and knowing when to unleash your rasengan or chidori!

As you progress through the games though you will definitely notice a shift in terms of how battles work. Timing and spatial awareness along with quick reflexes take precedence over hitting buttons and hoping for the best. So I would advise trying to adapt as you progress from each game to the next, by the time you get to Ninja Storm 4 the same tactics you used in Ninja Storm won’t be your friend.

The boss battles through the series have always been amazing and as they progressed just got better – You get to control Naruto in Nine Tailed Beast Mode to battle the ten tails statue and other tailed beasts! It’s just, I mean, it’s incredible by the end of the Shippuden series the scale of battles are ridiculous but fun (How many versions of Susanoo can there be – it seems like every Sharingnan user can summon it!)

For those of you who trophy/achievement hunt will be happy to know that yes the first Ultimate Ninja Storm has trophies (to my knowledge the PS3 version did not) However, in Ultimate Ninja Storm 2 and 3 some of the trophies content and conditions to earn them have been changed. For each title there is no support for cross-save with previous versions like when they were released previously.

As remastered collections go, there’s not much to be said about the old games – they’ve been visually improved slightly to what most people would expect from a cell shaded game on a PS4 or Xbox one, but there are some performance issues with the earlier titles in that the loading screens take just as long on the current gen consoles as they did on previous gen consoles. If you’re a fan of Naruto and want to take a trip down memory lane then I would recommend picking this up as this is great value for money.

If you’re just getting into anime and have started watching Naruto then I would also recommend picking this up as it’s a fantastic way of exploring the rich history of the series’ because getting into the show can be daunting at roughly 770 odd episodes! 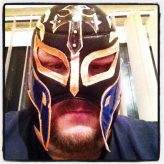 LEATHERFACE comes to Dead By Daylight on Steam