NEW HORRORS IN THE MAKING AS ASYLUM HITS ALPHA

Senscape’s highly anticipated supernatural horror adventure Asylum has hit alpha after five years in production, partially funded through a successful Kickstarter campaign. Following a migration to the Unity engine, Asylum has gained remarkable new features such as striking weather effects and a completely revised interface. The massive Hanwell Mental Institute comes to life thanks to eerie time-of-day transitions, sinister storms, punishing rains, and hideous fog, promising hours of damnable fun and unutterable terrors in one of the largest virtual buildings ever conceived for a video game. The release date remains to be confirmed, but Senscape is confident players will not have much longer to wait before diving into these nether gulfs of nightmare.

Next is Serena, a short, free adventure made in collaboration with dozens of developers and fans. Hailed by players as one of the most emotionally wrenching games of the year and reminiscent of works by Edgar Allan Poe, Serena became a surprise hit on Steam, surpassing 160,000 downloads and spawning weeks of enthralling discussions. Today Senscape is announcing not only a big update for early 2015, with many requested features such as Steam achievements and translations into several other languages (Spanish, German, French, Italian, Portuguese, Turkish, Ukrainian), but also an iPad port of this hit mystery adventure.

Finally, Senscape’s new horror project is crawling out from undreamable abysses of madness. While details remain scarce, timid whispers hint at compelling news for fans of adventure games and horror. “It’s the most shocking horror game news this year. You won’t believe it,” said Agustín Cordes — founder of Senscape — with gibbous, staring eyes fixed upon the undulating shadows swarming at the corner of his cell. Temporarily dubbed #UnspeakableAdventure, the new project will debut on Kickstarter next October, while the first in a series of teaser videos has been launched today at Gamescom. 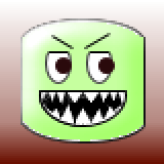