Here we have the third installment of Sniper: Ghost Warrior developed by CI Games; a tactical first-person shooter based on three fundamental cores: target, execute and survive. This is less linear than before as it is an open world FPS, allowing free exploration.

Begins19 years ago. You meet your brother- before he departs to fight in Afghanistan.

Then snapshot to 23 months ago. Prologue. Russian-Ukrainian border.

Our story begins on a mission to destroy bioweapons. The aim is to infiltrate the abandoned building to destroy the biological weapon stockpile. This is basically the tutorial of the game.

Here, you are taught how to change weapon ammunition and familiarise yourself with how and when to use the range of bullets available to players, including explosive rounds, tracer rounds, armour piercing rounds and rounds to lure your enemies. The tutorial also instructs you on how to use your scouting ability, track footprints, highlight different items in your surroundings that could be helpful and use advanced technology(drones) to infiltrate the base and hack CCTV to use their own defenses against them.

As you make your way to the cliff side to scout the enemies below, there is a small campsite with two targets; a stealth attack commences. Take a crouching stance as you approach the enemy, and so tactfully enact a takedown, casually stabbing said enemy in the neck and chest. Nice.

Next: Drone time. The objective is to use the drone to tag the troops in the abandoned building once they appear within range. However, once you are in range, you also have the ability to be spotted by the enemy and destroyed, making the threat of a restart imminent. The struggle is real. Stealthily work your way around the building as you use the drone camera to tag each enemy within the scope to identify location and distance.

After all the enemies are tagged, it’s time for the pain. As you take a stationary position, each target it selected one by one, all located in different positions, In order to successfully target an enemy, you have to change your distance view and zoom. What made this most realistic is the way the wind direction affected the shot you took. Many different aspects determined how well the shot is taken, position, wind direction, gravity and the most important part for me, the breathing rate. Few timesI had missed my sniper shot, but the option to Breathe, slows down time, so you can take a steadier shot, get that perfect aim, and if you’re lucky, get those extra satisfying slow-motion kills, mine was usually through the eye.

Once those enemies are dispensed of, Jon makes his way into the building, breaks loose only to be tagged by security cameras, and all hell breaks loose . Close range fire is definitely not my forte, luckily, the secondary weapon available is quick firing and still has enough range to kill the enemies waiting in the warehouse room. I learned the hard way, as Robert, your brother, does a Leeeeeeroy Jenkins, if you are not there to back him up, he will die, and it restarts from the last checkpoint. So be prepared for some fast-paced action shooting.

After infiltrating the base, it’snow time to plant some sexy C4, to destroy those bioweapons. It’s mission over as you make your way to the chopper, only to be ambushed as you exit the building.

A man wearing a suit exists a chopper with armed troops and decided to play Russian roulette with his pistol, the empties fortunately for you the empties. You are spared for now but get knocked the fuck out with a kick to the face. While you are knocked unconscious, Robert is taken.

Safehouse Tutorial. This starts with you driving an army vehicle through Georgia, along the way opening up different stops, which will enable some fast travel options for quicker relocation. The fast travel option can be accessed through signposts on the road when you are exploring the map.

Upon entering your safehouse, there are several work benches, where you can equip current weapons, change load-outs and even upgrade and craft new modifications. This is the exact point I realised just how big this open world fps is. As soon asI checked out the map, I could see it had a lot of side missions- outposts, points of interest or just collectibles, available as well as the main story.

So, your first official mission is accessible from the laptop in the safehouse. The aim is to recon the gas station, and execute two enemies, Igor Zaitsev; a gunrunner andArsen Kovac. Two birds, One bullet. Easy enough. The rest of the missions to dispatch the remaining troops. Go loot some dead bodies and any other goodies lying around, these goodies are usually parts used to craft new items and upgradeThe main

The main objective we have in Sniper Ghost Warrior 3, to take down the Separatist cells and neutralise their leaders.

As Jon, you take the assignment to chase down your little brother, Robert, who was previously apprehended by the threat. While at the safe house, you will meet Lydia, a companion from another time and place, she agrees to help you track down Robert.

With the Separatists stirring fear with the people of Georgia it is up to you to save any villagers that have been taken hostage, stop them from disappearing like others have.

The endgame here is to corner the leaders of the Separatists and put them out of business.

Every detail in Sniper Ghost Warrior 3 has been thoroughly examined, and brought to life and realised.

This game provides such an in-depth feel, what it would be like to infiltrating an army base, scavenging through the wreckage for parts and items, maneuvering through all sorts of terrain, whether it’s by using your parkour abilities or just running directly to your location, and working your way through troop ridden bases.

Thisgameprovidesfor a very detailed Takeo some stealth capabilities. The workbench alone enables you to modify already unlocked weapons, whether you want to put a silencer on, increase the ammo capacity, or merely change the camo. You even have to craft your own bullets,7.62mm regular for your sniper, explosive rounds, or ammo for thatAK-47. The choice is yours. A lot of customisation is available, along with modifications you want. Not to mention the side bits, like the smoke/frag grenades, silencer repairs, adrenalin kits. With all the options available, even with the base weapon you start with, it makes it your game to play, your style, whether you want to go in guns blazing or sit comfortably at a distance to get those sneaky headshots. I can see there has been a lot of thought that went into the gameplay, customisation, the environments are visually appealing, the slow motion for a sniper shot is the best thing about this game. When I see that perfectly placed shot land in an enemy’s skull, no better feeling. Sounding kind of sick, but it creates some satisfaction that I would expect from a stealthy sniper.

Each of the three specialisations offers different perks and abilities; Sniper, Ghost andWarrior. As I mentioned earlier, this is completely up to your style of play, there is no right or wrong, solely up to you. Whether you want to be more efficient with gadgets, craft items at a discounted rate, be a survivalist or simply be faster, stronger killing machine.

Sniper: Ghost Warrior 3 has definitely been a fresh take on first person tactical shooter. The great thing about it is that you are gradually introduced to all of the abilities, customisations, and talent trees. Although there was a lot to get my head around, this game kept me interested, wanting to learn a new skill, craft a new item, challenge myself with stealth and Sniper headshots.

With all of the mechanics and in-game detail, I forgot about the graphics. Personally, I was impressed with the visually appealing environments, to the smallest detail like a clip on a weapon. If I wasn’ t bullet deep on combat, I spent some time checking out the landscape, mountains, mud track son the ground. Everything fits perfectly into this fast-paced fps. Not to mention that is it completely open world!

For me, this game has ticked all the boxes. Great gameplay, an engaging storyline, along with side missions, visually stunning and an all-around challenging experience.

Even if you haven’t played the previous installments like me, this game offers a new take on fps open world, it has a lot to offer to behold and new, especially with the difficulty modes available.

I would definitely recommend Sniper: Ghost Warrior 3 for returning players or new. It offers such a great deal of fps action, tactical and stealth. 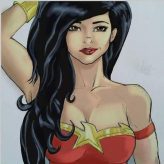 Surreal Yet Charming Music Adventure Game 'Beat The Game' Coming To Xbox One, PC, Mac and Linux This Summer

POKÉMON GO CELEBRATES ONE YEAR OF EXPLORATION AND DISCOVERY