Every year the annual game franchises are released. These come in the way of football, golf and motorsport to quote a few. However one sport in the franchise is often overlooked and this is where Le Tour De France 2015 comes in to defend the cycling past time and sport in the ways of video game franchising.

But does it fair up to the real thing? The obvious answer is no. It’s far more easy and pro active to go outside and ride you bike, than it is to sit in front of the TV and play a game doing the same thing. But what about the people who prefer not to ride a bike. Who do not have the interest or perhaps never tried. This is where Le Tour De France has the potential to inspire the idea to go and ride your bike by fun and innovative gameplay. Does this game hold up to that expectation?

The gameplay is relatively straight foreword. Instead of repeatedly mashing the A button as you would expect to turn the pedals on your bike, the right trigger is your movement foreword and the left trigger is your breaks. Along with this is a simple gear shifting technique. Not the Shimano 9 gears system but a simple 2 gear. 1 fast and 1 slow. To change gears press the X button.

The game offers you different modes. Tour De France being the main mode in the game. Here you complete different stages of the event set in days. Each stage allows you to complete tasks, which coincidently will unlock new achievements to add to your ever-growing list of Gamerscore.

Each stage is set out like the real event. Time isn’t your ally here as it takes a lot of it to complete each stage, so here you must have patience and strategy to win the stage. The main strategic element I learnt from playing my first stage is to not stay in the lead for to long too early or you will burn up too much energy and you will fall behind and when you do you will spend countless minutes attempting to re-join the pack of cyclists before you realise that tragic mistake you have made. This is where the pre stage menu comes into play. Here you can select a perk, which can be shown in the way of a energy supplement. You can choose between either; Carbohydrate drink, Lemon Gel, Coffee Gel Guarana Gel. Each of these perks has a different attribute to them, which will become your lifeline when riding. These attributes are Freshness, Energy or Attack. So choose wisely.

Now even though the game play did keep me interested and entertained it did have it’s downside. Occasionally the controls would feel clunky or frustration would rise by not being able to ride 400ft before loosing energy again. The main downside for me however was from the team interaction side of the gameplay. You can issue orders to your team if you are behind to keep you in the game, but nothing you do feels like it amounts to anything. The team leader giving orders and advice down the intercom makes the game feel too much like an old Colin McRea Rally game and less of a focus on cycling.

The graphics of Le Tour De France really let the game down. The game is running on an Xbox one yet the graphics look like an early Xbox 360 game. This being said the sound design makes up for this with immersive and realistic Diegetic sound design. The pedals on the bike, the tires on the tarmac all sound as if you were there.

Now Tour De France is a big and enjoyable annual event. It fills the 6-year void between each Olympic games. However the game adaptation does not provide the feel or the essence of the real event. Which is a shame, it feels too much like a motorsport game with its gameplay and controls when it should be unique and define it’s self in its own genre. However the game has its fun elements. Yet it has no replay ability due to its clunky controls and graphical issue’s. For this Le Tour de France 2015 gets a 2 out of 5. 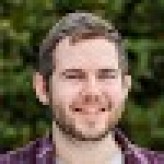