A Game of Thrones Review

A Game of Thrones: Genesis is a real time strategy and diplomacy game published by Focus Home Interactive and developed by Cyanide Studio. The game follows 1000 years of the Kingdom of Westeros putting you in the shoes of the various Feudal House Lords.

During the game you play from the usual strategy game perspective, commanding envoys, spies, assassins, concubines, and mercenaries to do your bidding in your quests which in general mean taking territory from the other Houses by force, treachery, or diplomacy.

You gather resources by allying with various towns and then assigning peasants, which in turn allow you to hire the other aforementioned units.

The campaign is well done in the graphical and sound areas (most text is spoken by a voice actor and I didn’t hear any especially obnoxious voice acting as some games have) and graphics are nice for an RTS of this sort. They portray the mechanics well and are of an above-average Eurogame quality. (The game feels very board-gamey in some ways, in that taking towns basically highlight a certain territory and other similar touches).

Overall the game is well done, I did find one bug in the skirmish mode of the game – the Defeat dialog can pop up and be closed accidentally leaving you to watch AI playing out the rest of the game, and my defeat seemed a little unexplained, it’s also a bit strange to have no defeat notification telling you should leave the game, but the only way to do so is to call up the main options menu. Other than that your only notification is that you can’t move any units. There was also no one in multiplayer lobbies during my testing period.

It is not a fast paced game, but is serviceable and will be fun for those who appreciate a slower diplomatic or espionage-based approach to a strategy game. It’s better than most book or movie based games but does have a few flaws. If you like a slower, thinking game, and don’t care too much about skirmishes (AI or multiplayer), you’ll have quite a few hours in this game.Disclaimer 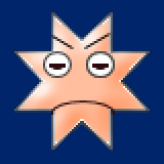