Another Sight, a game by Lunar Great Wall studios, is a 3D puzzle based platformer, set in 1899 London, towards the end of the Victorian era. The story follows Kit, a young girl who mysteriously wakes up in an underground tunnel. It’s suddenly apparent something strange has happened to her vision and upon meeting a friendly cat, Hodge, the two set about trying to figure it out what’s happened to Kit’s father and return to the surface.

Having heard this game was inspired by Neverwhere by Neil Gaiman, I was a little confused and disappointed. Neil Gaiman was the topic of my dissertation, so his complete works are almost entirely chillised into my brain. Similar to Kit’s story, Neverwhere follows Richard as he uncovers a fantastical world hidden beneath the streets of London and in this regard I can see the links. I suppose then my disappointment comes from not seeing the benefits of this inspired setting come across better in the game.

Although a very immediate start, I couldn’t quite grasp the beginning of Another Sight. Kit, at first, is walking through a strange dimension, and then falling through the ground once more and waking up in a tunnel in London. She seems to have no idea why she’s there or what’s going on, although according to the game’s bio she was supposedly she was exploring the tunnel. Why is this not explained, or mentioned? A sudden transition from one world to the next is exciting, that is true, but also lacks structure and made me question what on earth was going on? Where was the set up, where was the back story? I’m all for jumping straight in but it seemed to lack balance.

Still, I could see the references to Alice in Wonderland which I liked, and with Hodge at my feet I pressed on. It quickly becomes clear that Kit can see more with her eyes closed, sensing the echoes of sounds around her. Players can switch between Kit and Hodge, who provides the full picture and leads Kit through puzzles where they must work as a team to press on. This was an interesting dynamic and not one I’d not encountered before. I was also pleased to see that a studio had noticed the excitement that had come with the released footage of HK Project, a game where you play as a cat, and made it a reality.

Kit can hide behind pillars while Hodge meows and acts as a distraction, he can also lead the way with Kit following quickly so she can run. Which after a few hours really is imperative, since walking is so slow. It makes sense that Kit would be slow, after all she can’t see clearly, but this became incredibly frustrating when you’re moving back and forth across the area to solve a puzzle or climbing some vines. I do understand realism, I do, but this was slow enough to affect my enjoyment of the game.

The controls became the next issue. Jumping from rock to rock requires key precision and is unreliable. Both Hodge and Kit fell time and time again despite me pressing the jump button at the right time. Mechanics like this really need to be polished and perfected so they keep the story moving along without distracting. This also applied later, when sneaking past the guards who clearly couldn’t see me but caught me anyway! This wasn’t me being an impatient gamer, this was gameplay not quite up to standard.

As the game progresses, Kit encounters famous figures from throughout history. Edision, Debussy and Monet to name a few and I liked that they drew their art from a power source Kit begins to search for. Monet lives amongst incredible plants that are reflected in his paintings, Tesla is studying the energy around him and Debussy has gone slightly mad from the gifts the “Node” has bestowed upon him. The frustration came from two particularly hard puzzles that I couldn’t even complete myself.

The first was a scene with Debussy where the player had to copy the melody played to them. However, with no clue as to which dials corresponded to the correct notes, we were stuck. The second came at the end where again, players had to match symbols. But these were almost impossible to decode with some looking nothing alike. I couldn’t understand how through playtests, these puzzles hadn’t been reworked.

Finally, at the end of the game Kit must make a choice which is bestowed upon the player. To use the Node and all its glory to return her long lost mother but practically enslaving everyone in London, or choosing not to and presumably destroying it. Thus saving everyone but sacrificing the return of her mother. This could be a struggle, if we knew anything about Kit’s mother. We’re told she left when Kit was younger, but there is hardly any emotional connection. Kit’s been talking about her father the entire time so it’s unclear to me as the player, why I would bother bringing the mother back when we hardly know her at all. Perhaps it was the voice acting, perhaps we could’ve done with some tender flashbacks, but this really wasn’t a hard decision.

Another Sight had potential. A fantastical setting, the chance to be a cat, and mechanics not otherwise seen in current indie games. But lack of polish and the refinement of puzzles and gameplay meant that I found little time to enjoy the story or even Kit. Mainly she just annoyed me with her slow walking and remarks of, “How can I move forward if I keep going backwards?”
“I don’t know Kit,” I replied, “I really don’t know.”

Another sight is available on PC, Nintendo Switch, Xbox One and PlayStation 4

Playing a cat is really cool

Their relationship and partnership works with unique mechanics

Interesting take on the history of great artists and their skill

Crashing when entering a new area 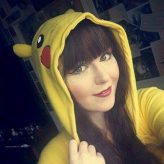