GalaxyTrail is a creative arts group that is operated by a husband-wife team. As a game developer, GalaxyTrail focuses primarly on 2D action games for Windows platforms.

The group’s history coincides with that of its main developer, Stephen W. DiDuro, who has been building PC games as a hobby since 1999. Most of his finished works were submitted to The Daily Click, a website with a primary focus on games built with Clickteam’s line of software (The Games Factory, Multimedia Fusion, etc).

In 2007, Stephen began work on an beat-em-up RPG titled FableQuest: Origin of the Phoenix Knight, of which several screenshots and videos were showcased along with an almost complete audio soundtrack. After four years of steady work, the project was put on indefinite hiatus due to performance and compatibility issues.

Stephen’s speciality is geared toward action and platform games, and his most praised works have been a combination of the two – such as the action platformer Christmas Time Heroes which was awarded 1st place in the 2010 Daily Click Christmas Competition.

In 2011, he began to develop a new platform game, codenamed Freedom Planet, using the Sonic Worlds physics engine for Multimedia Fusion 2. Over the next year or so, he converted and replaced all copyrighted content in the engine with original works, enlisting the help of several others in order to do so. Freedom Planet is currently expected to be GalaxyTrail’s first commercial project and their maiden voyage into the world of professional game development. 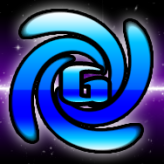