Well to get started, please introduce yourself?

What made you want to get into the gaming industry? Is it always something you’ve wanted to do because of a game you played growing up, or do you just like working with computers?

Well, I first started to play video games on Nintendo consoles and computer games on my dad’s computer when I was about 10 years old. At that time, I could strongly feel that these games were unlike any other kinds of entertainment, as it was truly interesting and fun to play.

When I was about 16, during my senior year of high school, I was more and more interested in visual design, movie and games. And then I decided to step into the game industry because this is the place where I can meet all kinds stuff that I was interested in and I truly like the unique feature that only the games have among all kinds of entertainment products, that is interactivity. So here I am.

Now tell us a little bit about Nekcom Entertainment  for our viewers who may not know who you are, what was the motivation behind setting up the company, what sort of games do you focus on making.

NEKCOM Entertainment is a team of game developers focused on making original games. Our core team members used to work in some of the world’s lead game developers and publishers for years. We came together with the same goal, to become a team of first-class developers in the game industry, constantly creating and providing unique game experience to the players.

So what’s a typical day in the office like when working for Nekcom Entertainment?

Well, at NEKCOM, we always emphasize building an environment that make people feel comfortable to work and can feel free to share their thoughts on anything anytime with each other. So it’s quite usual to see people from different divisions discussing together and anyone are welcomed to join in.

You may also find out that some people in the office are working hard on something with irrelevant technics instead of a specific job. That is because we emphasize the self-development of each individual as well, encourage everyone to expand their skills using the working hours as long as they can finish the current job in their hands in time.

We also organize many kinds of activities in both normal days and festival days, such as console game competitions and parties to help everyone relieve their stress and improve the relationships with each other.

Tell us a little bit about the game, were there any difficulties you faced during the development and what’s different about this game compared to similar titles?

Yes, as you can tell, our new title “DYING” is powered by Unity Engine, which is quite a new engine for our development team. In the early days of the project, we need to skim through the whole engine to evaluate the developing possibility. When we decided to use Unity, we started the project concurrently with the learning of the engine. So it is quite normal for us to encounter technical issues. Sometimes we have to pause the project and figure out a way to solve it, and then we can continue making the game. For example, to make the game better, we sometimes have to choose to go back to the early works to reshape them with our new understanding of the engine technics.

DYING : Sinner Escape is a Room-break game. But through its iconic visual style and real-time 3D scenes, DYING presents a highly mysterious atmosphere and a dark and gloomy feel that unlike any other games. Along with the deep compelling story and rich seamless cinematics built in the game, players will be put on edge and feel disturbed and a little scared while they need to find out the truth behind through all kinds of clue. We believe all these define DYING as a unique one in its genre.

So in one sentence sum up why the visitors on our site should go out and buy DYING: SINNER ESCAPE

DYING : Sinner Escape combines various kinds of unique elements together through the hands of  both Hollywood movie and game development talents and players will be in for a great memorable experience. So please don’t miss it!

What are the biggest achievements and challenges you’ve had to face as an Indie Game Studio?

I think the biggest achievements we have right now is that we have a highly united team, in which everyone is not only skillful but also share the same goal in both short and long term. And we believe we did create something unique and valuable.

As an “Indie Game Studio,” as a matter of fact, the main challenge you always have to face is the short of resources (both manpower and material resources), so sometimes when we working on a project, we have to choose to give up something really cool and figure out a “clever” way that could fill up the hole to prevent the game lose its original charm and quality.

So what’s next for Nekcom Entertainment Are you looking to start work on the next title to add to your collection, or will you be taking a break for a while?

At NEKCOM, we always keep a good balance between work and rest, so a break is not quite necessary right now. There is a possibility that we will consider a new DYING project if the sailing goes well. But yes, we will continually bring new games to the players.

Yes. In my opinion, game industry has a very brightly future and always full of different kinds of opportunities. In the meantime, game development requires various kinds of knowledge.

So I think if anyone want to join in the industry, the first and the most important thing you need to do is lay down the fundamentals and then expand your skill. I believe that all kinds of skill and experiences are useful when you developing games.

Also, keep your passionate about games, keep playing games you like and try as many game as you can. Finally, don’t forget to share and communicate with others in the industry.

And one last random question; hey what’s that behind you?

Aha, that is the DYING’s poster, what a creepy hand! 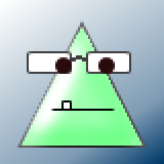