Although countless video games are based solely on independent creators, gamers cannot deny the thrill of finding a favourite movie turned into a video game. The characters, plot twists, and incredible soundtracks are just some of the reasons why this genre is quite irresistible, and often successful. This article peeks at some of these all-time classics, starting with the early 90’s.

Batman (1990) is an addictive, action RPG which is based on the famous 1989 Tim Burton film, although the game does not follow the plot. You can equip Batman with plenty of weapons along with attack combos to advance through the seriously challenging stages to defeat the Joker.

Super Star Wars Trilogy (1992-1994) is an action RPG that faithfully follows the movie plot from the film created in 1977, and recreates all the memorable scenes, whilst providing quite challenging gameplay, regardless of which character you choose.

Aladdin (1993) is a popular action RPG due to SEGA’s and Capcom’s collaborations with Disney artists to create the games. While SEGA’s version involves straightforward sword attacks by Aladdin, Capcom’s focuses more on jumping/dodging skills, sometimes atop the trusty magic carpet.

GoldenEye (1997) is the James Bond game that is still heralded as a classic (albeit slightly outdated) to this day. “It is a first-person shooter game where you play as the legendary Mr. Bond himself, while you also get the unique multiplayer “deathmatch” option, in which you can team up with your gaming buddies for the ultimate shootout” says Beaulah Turcotte, a lifestyle blogger at Writinity and Last minute writing.

The Thing (2002) is a survival horror game that picks up where the movie left off, as you attempt to stay alive and under control with your squad. Like the movie, you must discover who is being possessed without raising suspicion on yourself.

Star Wars: Knights of the Old Republic (2003) is an action/strategy RPG where you play as Jedi Darth Revan and explore the Star Wars universe, which is set 4,000 years before the powerful Galactic Empire and attempt to overthrow the oppressive Darth Malak.

Alien: Isolation (2014) is a survival horror RPG where you play as Amanda Ripley (the main character’s daughter) fifteen years after the first movie and attempt to find out your father’s fate as you escape the Xenomorphs that are hunting you, instead of trying to kill them head-on.

Middle Earth: Shadow of Mordor (2014) is an immersive RPG from the Lord of the Rings universe where you play as the ranger Talion, who has similar skills to the hero Aragorn, while gathering strength and weaponry to defeat the supernatural evil overlord, Sauron.

Friday the 13th: The Game (2017) is a multiplayer horror survival game where you and your team play as Camp Crystal Lake counsellors while trying to escape from the player masked as the evil Jason Voorhees, who haunts Camp Crystal Lake.

Middle Earth: Shadow of War (2017) is another RPG from the Lord of the Rings universe, where you also play as the ranger Talion, but are set to prequel the film trilogy. You dive deep into skilled combat against Orcs to prevent Sauron’s advances across Middle Earth.

Jurassic World Evolution (2018) is an immersive simulation game that follows the famous films only in terms of having your own massive dinosaur park that sprawls across five islands, while attempting to keep all the creatures in check and away from the human spectators!

John Wick: Hex (2019) is an action/strategy RPG where you play as the infamous John Wick and literally stop time to plan out your attacks before they happen. “Like the films, you must complete as many kills as flawlessly as possible within a time frame that you are able to manipulate” comments Keeley Wilkinson, a content writer at Draft beyond and Research papers UK.

Star Wars Jedi: Fallen Order (2019) is an action/adventure, third person RPG where you play as Jedi Padawan Cal Kestis and explore the Star Wars universe, following the film plots five years later, beyond the aftermath of Revenge of the Sith.

It is no wonder how these games have become all-time favourites amongst dedicated and casual gamers alike. Over the last few decades, these games have evolved from ones of straightforward, platform style slash-and-hack gameplay to ones of atmospheric survival and combat that pack a hearty dose of adrenalin. 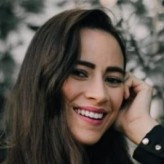 Ashley Halsey is a professional writer at Lucky Assignments Oxford and Gum Essays, and has been working as a journalist and travel writer for fifteen years. She winters across India and Nepal each year, travelling, exploring and learning about the diversity of cultures.

THE NEW MUTANTS - Available on digital from 28th December 2020

Gaming on PC has come a long way with tremendous progress in development, gameplay, and…