A lot of people have experienced virtual reality, but not many dwell on the prosperous business side of that. Does your marketer know how to monetize VR?

Thinking of media and entertainment business models, there are three main of them: the one is where people pay upfront for content, the next is ad-based, or ad-driven, and the last one is downloadable content or additional content.

With the all-encompassing VR implementation in various business spheres, many marketing specialists and PR directors are actively introducing the hype theme into their products. This innovation makes it possible to interact with the audience providing new channels of communication with potential customers.

Human behavior analysis shows that receiving emotions from VR stimulates action and offers an unforgettable experience for users. It is important to give the right message as VR interaction is the key that opens all doors.

Nowadays we may see that many companies are ready to open virtual reality centers or introduce full immersion VR at various exhibitions or other events. It is done for people who come to receive a wow effect.

Some short games for Google Cardboard were widely used by McDonald’s, Mercedes, Volvo, and other world-known brands. VR may also easily find its way minding that we live in a hi-tech world and almost everything you need you may check on the smartphone. Outdoor commercials and other banners, social networks – all these are about to introduce VR into our lives even deeper.

For those who would like staying tuned with the tricks of converting VR into currency here are the main methods of VR monetizing:

In-game advertising can be considered as the classic and most widespread method of VR games monetizing meanwhile improving games` revenue.So when placing ads, the app could come free enabling decent revenue.

One may also choose in-game gifting.In this case,players are provided with a chance to gift friends. The latter may trigger inactive users to be active soon. It seems a nice way for a company to receive money via their games.

Another prosperous path is connected to cross-marketing. Once joining the affiliate market, users can promote other companies` apps within the games also promoting their games in the fellow apps in return.

The use of the freemium method presupposing a lite version game release may stay handy too. The latter is followed by a full version of a game at a reasonable price. Mind that a full version has to bear great additions and advanced functionality.

360-degree VR was firstly implemented in the real estate industry for observing the sceneries and decreasing the time spent on this. Nowadays almost every business sphere uses 360 virtual tours starting from a property for rent or sale and finishing with design and fashion. 360-degree VR also allows using such multimedia elements as sound effects, music, and narration.

This kind of technology has no limitations. One may create a VR tour to examine some construction industry where a user will be shown different construction processes and their future shapes once it is completed. With the option of sharing on social media platforms, such a scheme is going to suit almost any customized or manufactured products: showrooms, storefronts, exhibitions, shooting wedding coverage and so on.

Virtual reality is regarded as an effective tool when selling and buying a property. Especially, when it deals with an unfurnished, deserted apartment where clients see nothing but shell and core condition. In this case, VR helps to discover the capacities of both exterior and interior of a yet-to-be-built apartment or house giving a chance to apply virtual decoration and place furniture.

A virtual tour also enables with-one`s-own-eyes experience walking through rooms and getting the scan of the whole apartment. All these options allow potential buyers to observe choicely the areas of any property whereas real estate agents are receiving more clients and offering high-level service.

Now creating a VR tour seems easier and time-saving thanks to free apps like the one presented by Virtual Tour Easy.

According to Forbes` reports, LB VR is broadly unveiled in such ever-popular places as shopping centers, movie theaters, etc. The perfect example is a partnership of AMC Entertainment and Dreamscape Immersive directed at VR centers launch.

Other companies are headed to discover VR arcades and VR escape rooms, which often have fully loaded setups with breathtaking gaming experiences and presuppose the extensive use of hardware (special seats, booths, reproductions of vehicles, etc.). A good example here is Avatarico and its latest location-based VR escape game called Cosmos. When plunging into, users experience zero-gravity flight, survive fights against robots and interact with virtual objects with one` own hands only. Revealing the true potential of Leap Motion and HTC Vive room- scale tracking, the experience hosts up to 6 players and push them into perpetual interaction with each other.

VR Arena appeared to be a room-scale gaming experience usually powered with the help of high-end headsets and trackers. VR arcades have been used for years so far.

For a company that already has an arcade to show and dream of its presence at a gaming center making a profit and get positive feedback there may be rather difficult. As we`ve already mentioned, location-based virtual reality has different perspectives. The one is successful (The Void, Avatarico, Hologate), another one is tough (IMAX). Still, gaming centers are considered to be age-proof attracting visitors even years after.

Virtuix, renowned for its Omniverse Esports, entered the LBfield in 2017 announcing its VR ARENA attraction. The latter gets a possibility to host up to 4 players at a time and is designed as a high-speed VR e-sports attraction. Among Virtuix arena`s great advantage is that its Omniverse platform features 20+ games to choose from.

The endorsement of VR arenas and LB VR as such is augmenting precisely day by day as the enormous number of players get absorbed with it.

Indeed, before choosing any LB VR model, you are to define the target and scale. In case you`ve got a theme park and would like to appeal to customers with no concern for a certain attraction profit, a warehouse-scale virtual reality is going to be a safe bet.

Also, having set aside enough money for various experiences you can create a VR park combining warehouse-scale VR and VR escape rooms. If you are burning with a desire to open a so-called corner-shop, VR arcades will hit the spot. All-in-all, VR escape is a source of an enormous number of games of different genres that do not

VR equipment hire is another way of making total expenses much lower than earnings. This method allows for saving money on renting and hiring staff that is needed for company maintenance and development.

For those who are just trying to enter VR, this path seems to be the most efficient. You`ll need to create an official website, get high-end VR equipment and provide commercials (including SEO, SMM). All that you may store at home and deliver on request.

There are enough companies that are ready to get VR for their events as not everyone wants to buy expensive VR equipment and bother with choosing games, creating accounts, etc. Some companies take a demonstration of goods when staying in another city for several days.

VR profitability is very high thanks to its features. Following this direction, a lot of startups eventually grow into clubs providing own games and equipment.

Summing up, VR monetizing prospects seem quite evident.  Also, it is easy to get down on VR because it seems like its uptake has been slow. But it has already become transformative in ways that are often invisible to the average consumer.

One of the main arguments in favor of VR is the implementation in education, medicine, manufacturing, design, and other areas show huge potential that will inevitably share innovative solutions on a global scale with LB VR being a promising part of that.

Minding this, VR would never appear without past media innovations as those are the roots of the technology. That’s what makes it possible to be a viable product. But before bringing profit, VR needs three core aspects: audience, appealing content, and affordable high-end hardware. Once these steps are achieved monetizing will come true. 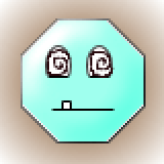 Anton Zaitsev, Avatarico CEO, AR / VR developer. His company was the first to develop a VR escape game for location-based entertainment. He has been dealing with VR technology for more than 6 years. He likes to share his experience in that sphere providing some useful tips for VR business success. He is always ready to help with any questions related to VR technology. You can contact him at zaitsev@avatarico.com.