Arslan: The Warriors of Legend Review

Arslan: The warriors of Legend is a Third person combat / tactical simulator that tells the story of a Prince on the run from his own country. The whole game is dialogued in Japanese however it does have English Subtitles that are sometimes difficult to keep track of whilst fighting through waves of enemies.

Produced by the same company that was behind the Samaria Warrior games, Arslan the Warriors of Legend combines a mixture of tactical thinking and full on combat in order to win battles and survive the fights. The majority of the game sees Arslan (the main character whom you control) facing off against hundreds of enemies at a time and utterly slaughtering them throughout.  There are many different types of combat and characters that you can control within the game and each has their own unique combat style and move sets that set them apart from other characters.

Arslan the Warriors of Legend suffers from little screen lag or jitter which I found surprising considering the amount of action and the scale of the events that take place on screen. Each and every character is detailed in their own way, from enemy horses to enemy generals and even your own soldiers rarely look the same. I was intrigued and surprised by how well the games engine handled all of the events that unfolded on screen without the slightest issue or hiccup.

The Art style of the game is captivating and beautiful. One second you could be standing on a mountain top holding back countless enemy forces and all you want to do is stop and take in the scenery when the next, you could be fighting in a desert with sand whipping around you. In general I am extremely pleased with the Art style of Arslan the Warriors of Legend and I believe that Omega Force has done a fantastic job on their latest title to grace the console world.

The most recognisable and (easily) the best aspect of The Warriors of Legend is its captivating soundtrack. Each and every song that has been chosen for this game is utter magnificence. During a play through, you will be lucky to hear one song repeated during an average two hour play session. To me, Music is the most important and essential aspect of any game as it captivates the listener and literally transports you into the fictitious world of the game that you are playing. Any game with a dodgy soundtrack or bad sound effects, I am not a fan of, however, whenever you get a game that blends a mixture of unique and interesting aspects with a killer soundtrack, you can be sure that I will be the first one in line to pick up that title.

Jumping from one topic to another, the controls within the game are slightly awkward to get used to as there are quite a few combo move sets that you have to get used to. However, once you master the controls, you will be slashing down the enemy left, right and centre.

During my experience with Arslan the Warriors of Legend, I was unaware of any multiplayer features however I was not particularly looking at using those as I was mainly caught up with the single player experience.

Overall, Arslan the Warriors of Legend is a great game that brings many great aspects to the player. There are some slight issues like the lack of English dubbing and the amount of text that you have to read through in order to keep up with what the characters are actually saying. However, there are too many awesome aspects of this game which I loved such as enthralling music and a fascinating story. I highly recommend this game to any fan of Japanese style games and beat em up style RPG’S 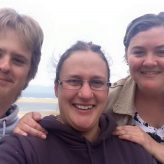 Anthony is one of the writers / contributers here at the Invision Community. He loves all things gaming and is a dedicated journalist and critic with over three years experience in the field. Connect with him on Facebook here https://www.facebook.com/anthony.dennis.391

Panasonic: batteries at their best

Gaming on PC has come a long way with tremendous progress in development, gameplay, and…