E3 is over and we have seen the new Cyberpunk 2077 Demo from CD Projekt Red running on one hell of a beefy system, spec below;

The Demo was running on a 4K TV,  however, it has now been confirmed it was only rendering at 1080p at 30FPS, which in a way makes it worse than running at 4K at 30fps. The game does look impressive, and is possibly the best looking game we have ever seen. We also wondered if this game is heading to Next Generation of consoles not current. The FP camera view is a question for gamers to answer, will they like it or not like it, I know some gamers will have an issue with it, as they suffer from sickness when playing FP View games, which is a shame as this game should not be missed by anyone. I did bring this up at the Demo, and it was something they know about, but the game plays much better in the view they have decided to go with.

So the demo had ended and we sat down and looked at the Xbox One (X) and PS4 (Pro) and wondered what we can expect from those systems based on what we had seen with the Demo. Now before we go any further a demo is not the final build and as we know CD Projekt Red will be doing plenty of optimization to the game for all systems before its final launch.

We can expect PC to be the best version by far using Nvidia Gameworks to improve the visuals beyond anything console gamers can ever expect or have, running the best GPUs on the market the 1080ti or even the new Geforce 11 Series. So, first of all, we grabbed the specs of the most powerful versions of current generation systems;

Now, these specs are much better than the original systems, so first what can we expect on the older systems, based on what we know and what we have seen we are pegging in 720p and 30 FPS on PS4 and Upscaled Resolutions on the Xbox One and 30FPS as a maximum. Now let us look at the Pro and X versions, they are both using AMD cards, Cyberpunk 2077 is being created with NVidia, not AMD, so the game is going to have to optimize and created for AMD cards with two separate teams as both cards run differently and offer different performance levels.

So what are we going to peg for these systems, well for the PS4 Pro 60FPS at 1080P or 30FPS upscaled to 4K, there is no way the PS4 Pro can pull off Native 4K at 60FPS without some massive compromising the game amazing visuals and gaming effects. The Xbox One X, this is a difficult one we are pegging upscaled to 4K and 30FPS if lucky and some good optimization and some downgrades from the PC version. If Xbox pushes for Native 4K, you will see some downgrades of the game for sure and a maximum of 30FPS, this would require CD Projekt Red to work very hard on the game and might even delay an Xbox One X Enhanced Version.

We ultimately believe they will release the std versions first and then release enhanced versions at a later date.

Before anyone asks or is dumb enough to ask, Nintendo Switch Verison is never going to happen, unless the game is streamed to the system using custom servers and high-end GPU’s for a monthly cost.

Could Cyberpunk 2077 be created with Next gen systems in mind, it does make more sense, based on what was shown, this game looks amazing and struggles to pull anything above 30FPS on a top tier GPU. The old argument consoles are not like PC’s is simply not viable now, as the PS4 and Xbox One are closer to a PC than they like to admit, but games can still be optimized based on what is available within these systems, which means the teams can focus their efforts on one spec. 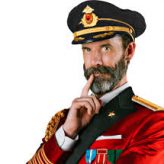 Writing articles pointing out possibilities, common sense, or just plain OMG what do you expect... its fun when you can write something that you think might come true, or you totally wrong. You can contact me at staff@invisioncommunity.co.uk

Anima: Gate of Memories series - Out Now on Nintendo Switch