Based very loosely off of bible stories, El Shaddai: Ascension of the Metatron is about the mortal, Enoch, who was a scribe in heaven and his mission to help return the fallen angels known as the Grigori back to heaven in order to stop heaven from wiping clean the Earth with a devastating flood. To aid him in his quest he is bestowed with three sacred knowledges of heaven to serve as his weapons: the arch, a large bow shaped blade with swift attacks; the gale, a set of free floating projectiles he uses to hurl at his enemies; and the veil, a pair of bulky fists for some heavy hitting melee attacks.

With only three weapons to choose from you would think that the game play would get repetitive but to use a weapon you must first steal it from your enemy. In addition, each weapon has a wide variety of moves unique to it so there is plenty of options available. The armour system is another thing which made the combat stand out as receiving damage starts making cracks in Enoch’s celestial armor which will eventually break down until he is in nothing but Jeans. After that, taking another serious blow knocks you unconscious where you can mash four buttons to revive yourself at the nearest checkpoint.

Right from the start you are forced to install the game to your PS3 hard drive which is unusual but well worth it. From the first cut scene you are treated to some really spectacular scenes and artwork for the game as it explains the journey Enoch is about to embark on. Each level is a vibrant array of colour and this really shows when the game switches to the side scrolling elements of the game where you really get to see the artwork in a new way. In the way of sound though there is a slight problem with the voice acting for the English language where sometimes the speech does not match the mouth movements at all. That is to be expected though as the original language was Japanese; not a major off put but still bugs you.

Action packed combat but the lack of camera movement is a bit hindering at times.

Spectacular backgrounds and a vast array of colour.

The only real letdown was the voice sync with the English voices, other than that nothing to fault. 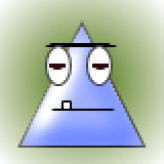