Gears is already a legendary series on the Xbox 360. I don’t need to tell you how popular the franchise has become, on and off screen but what I do need to tell you about is how the latest game in the series, Gears of War: Judgment (without an ‘e’) has lived up to the reputation of those before it.

Judgment moves on from Marcus being the main protagonist as in every game before and switches focus to Baird. The prequel follows Kilo Squad before the day that changed the planet, E-Day, as they are being questioned from General Loomis over disobeying orders given to them earlier on. The game which frequently flashes back from the questioning, to the events leading up to then still feels very much like a Gears of war game, yet still fresh and exciting with new weapons such as the Markza and new grenades including Stim-Gas, allowing the revival and healing of allies from range.

The newly implemented Smart Spawn System in the campaign, allows players to experience a slightly different playing situation each time missions are replayed, in-turn increasing the campaigns longevity. Adding to this, a new feature named “Mission Declassification” gives players another challenge throughout their play. Players can either choose to accept these missions that work similarly to Skulls in Halo’s campaign, for a more challenging experience, or they can continue to play the campaign as normal. Points and star ratings are allocated throughout each portion of the campaign, and dished out more frequently when the declassified missions are accepted. These missions may add an extra depth to the campaign and arguably a minor amount to the storyline but they can be fairly similar: complete a mission in [X] minutes, only use [X] guns etc., but at least it’s something over the linear storyline some players get from other mainstream titles.

Aftermath, an unlockable prologue to Gears 3, is something for fans of the series to enjoy more than others, tying up the events of Judgment and a section of Gears of War 3 that is played out by other characters. It’s a nice addition and feels necessary to make the prequel seem part of the same series, as well as being a nice bonus for players that have played the main campaign to its full potential.

If you are a veteran GOW player then it’s easy to criticise the game for all its changes but from a neutral, genre-varied gamer such as myself, I welcome them. One thing that Gears continued to stick by throughout each game, was the move-to-select weapon HUD. Holding a button, then scrolling to your wielded weapons was the only way to switch. Now, it’s similar to many other titles, a button to switch between your two weapons and another to throw grenades; simple. Some may argue that it takes something away from Gears that differed it from the other mainstream shooters, to them I say: “Get real.” Nobody wants to have to play an hour of a game they haven’t for awhile, just to get familiarised with the controls again.

Epic have really done well with immersion in this year’s installment of Gears. When not needed, the HUD disappears out of view giving the player a vast view of the game’s glorious environments bringing out the best of the Xbox 360’s hardware once again. There’s very little FPS drop even when a considerable amount of enemies are on the screen at once too.

During the campaign and some online modes, AIs are present to boost player numbers and aid you in missions. Their intelligence isn’t the greatest but not too awful either. They revive you quick enough almost every time when you are downed but to be honest it’s near impossible to perfect AI. Enemy intelligence doesn’t need a comment because it’s how it should be; consistent with online AI being nothing too dismal either. Sure, the CPU controlled characters can be a little, shall we say ‘derpy’ at times but again that’s to be expected. I’d rather have games full of mentally challenged bots than two vs. two empty games.

The online play hasn’t changed drastically and everything from the menu screen of the game itself to the matchmaking harks back to GOW3. There are however a few altered and new game modes. Overrun replaces Horde mode where players can still fight off the locust attack or swarm the COG defences but there’s actually something to defend now rather than enemies appearing from all corners of the map. The COG have to defend a generator from the Locust attack with two points prior to the generator to be destroyed first. Once one point has been 100% destroyed, the COG fall-back, regroup and prepare for more Locust onslaughts. Once the generator has been destroyed or the COG have defended the point for long enough, players reverse roles.  As the COG, players can choose from four classes each with their own special

abilities such as Medics who can heal and revive from afar as well as engineers that have the ability to mend fortifications and place sentries (can you say TF2?) As Locust, players can choose from 4 standard creatures including Tickers and Wreches with the opportunity to unlock more advanced and powerful creatures such as Maulers and Corpsers when they have gained a high enough score. It’s a highly tactical game mode and takes what players loved from Horde mode and enhances it slightly. Poor defensive arrangements will result in quick obliterations of barriers and main points and badly worked bit-by-bit Locust attacks with fall short of getting any significant point damage at all. You can play Overrun in the style of Horde mode too with 10 waves of CPU Locust to battle on varying levels of difficulty.

Warzone is currently unavailable as a game mode but is expected to be included in a upcoming DLC, with Team Deathmatch, Domination and Free for All being the other included multiplayer modes currently. Special modes are still included in Judgment with weekly updates and changes to each variation as well as a VIP lobby for those who purchase the season pass, giving them an EXP boost when they choose to play in that mode.

Judgment allows the use of split-screen online multiplayer which Epic have pulled off relatively well to their credit, however alterations to the weapon changing system would be welcomed. Currently players have to open a pause menu across the entire screen to change their starting weapon, in contrast to the single-player one button changes before players respawn.

Gears of War: Judgment gives players the best of Gears of War as a whole with some great alterations to keep it feeling fresh and most importantly, worth the player’s dough. The multiplayer could probably have been changed through a medium-sized DLC package but the campaign is good enough to suffice a new release as a whole. Those who enjoy a variety of shooters will love the alterations made to the series but those who play nothing but ‘classic’ Gears won’t welcome the changes lightly. 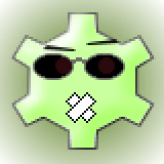