Gemini Wars puts you into the middle of an intergalactic war between a corporate alliance called “The alliance of free worlds” (Alliance) and the “United Space Federation” (USF). Battling for independence or domination, it puts you in the hot-seat as a commander of various space fleets within a variety of strategic solar systems in this brave new universe.

The first thing that strikes me about this game is it has been developed by an indie setup of three core developers. In this day and age of huge gaming studios this is an achievement in itself, the product they have created though not without its flaws is a testament to that.

One of the nice touches that you will notice immediately with the boxed copy is it comes with a small comic strip that fleshes out some more of the story and gives some nice artwork to go with it. Unfortunately it has a number of spelling errors* Another pleasant surprise was the amazingly quick installation which is better explained by the fact the game weighs in at an approximate 1.7gb.

Following installation there is a one time online registration, though I dislike DRM this is relatively unobtrusive and once registered you can still play offline.

The game currently only comprises of a short tutorial and a campaign mode. There is no multiplayer at this time, but a free DLC/expansion is in the works for this. Though interestingly the packaged box does state “Multiplayer action providing endless re-playability” so it looks like it was sadly cut from release and therefore not covered in this review.

This can only be described as painfully awkward, certainly not fast paced at least not that I’ve discovered. Everything so far I’ve come across is scripted so until you trigger the next event or wait for timers to tick down your stuck. Movement is pretty standard, highlight with the mouse click to move. As per standard RTS formality ctrl+x is to form groups, but keyboard short-cuts are extremely sparse and there doesn’t appear to be a way to personally map them as their hard coded. A few quirks of movement, quite often I tried to move damaged ships out of the line of fire, or return them to base to recover them and more often than not they would turn around straight back into the line of fire. A case of too smart for its own good.

Research is a two fold process of cumulating ‘research’ points then spending them, which then takes time to complete. This process felt cumbersome and over complicated particularly for how over simplified the research tree actually was.

Ships are very generic, you have your assault frigates, missile frigates, destroyers, cruisers, battleships and so on. There was little differentiation between the races other than colour which meant most battles came down to who had the biggest fleet. Battleships are modular in such that you can upgrade them to perform specific roles, but thats as far as customization goes. Combat is a bit more interesting once you get past frigates, you can disable various modules such as life support, engines, weapons and hyperdrive making micro-management key in larger fleet fights.

There are a number of other features missing that are standard for RTS, the most glaring would have to be being able to view previous orders, or stacked orders. There also appears to be no patrol option, which can make some unit management awkward. Also missing from the space rts genre is fleet squadrons/archetypes. So your ships fly in a very disorganised way to their death! Unless of course your a fan of straight lines. There is also no way to scuttle ships or buildings other than to suicide them meaning optimising your limited fleet pool can be difficult.

The user interface sticks out and certainly isn’t the slickest but it does its job, though tooltips could appear quicker and smoother there aren’t really any complaints for this. One thing I like is the zoom to mouse which seems to be gaining in popularity for RTS, however trying to follow units via this method only really works when the zoom to unit triggers follow, instead you need to tell it to follow.

The System Requirements for this game are pretty minimum, almost any modern laptop will be able to manage it so I wasn’t expecting any ground-breaking graphics. As a result, backgrounds are pretty but static. Textures are generally low resolution, but largely effective. Ship models follow a similar theme, low poly but you can easily identify what’s what!
My biggest complaint, would be the lack (or perceived lack) of a physics engine. Because of this the game doesn’t feel alive, ships have no acceleration – they just go from zero to full speed instantaneously, large celestial objects do not orbit the sun or other gravitational objects and explosions are generic. Asteroid fields, which make up a large part of the game for resource management, are dead fields. There is no tumbling, rolling or orbiting, they just sit their static, void of life.

There are of course, some nice touches, as said the ship models for example. Creating a low-poly but convincing model as any modeller will tell you isn’t the easiest of tasks. As a result they have created a low-power game, with a good quality finish.

Music is of course a part of the game, tied in with events. During combat (or when two opposing forces warp onto the same ‘grid’) it picks up, during quieter times its laid back music. It fits in well with the game, but can sometimes mismatch what is actually happening in the game.

There are however some issues with voice-overs and unit audio. A couple of times I would lose a frigate and the voice-over would claim “Capital Ship Destroyed!” rather confusingly.

In closing, this game is primarily for low-end gamers who can’t handle the more resource hungry RTS. Given the Multiplayer DLC once its been released it could be a nice skirmish game. However it lacks a number of features that make an RTS. It feels like game thats been pushed out the door before its had extensive QA testing, I would like to revisit once the first dlc has been published to re-evaluate (And hopefully get further in the campaign!).

Note: A number of the advanced features I couldn’t fully play with because of a bug that prevented me from getting through the career missions – though I got a general idea of the concept via the tutorial. When creating a new ship it would get ‘stuck’ launching from the Military Station, preventing any new created ships from being produced. Upon revisiting this mission a second day, every time I loaded it I got “Mission Failed” after just 8seconds. Making it impossible to progress.

*Index of Errors from Comic (More for publishers benefit as it doesn’t influence the review scoring).
-Page5: “Fraking”, could be intended, possibly “Freaking”.
-Page8: “Uknown”, I assume “Unknown”
-Page9: “..it didn’t took long..”, “..it didn’t take long..”
-Page9: “cirurgical strike”, I assume “surgical strike”
-Page10: “SUPRESS FIRE!”, this to me suggests don’t fire, “SUPPRESSING FIRE!” however would be to provide covering fire as the comic implies.
-Page12: “You can courtmartial us”, I assume ” court martial”
-Page13: “..now ment..” meant “..quickly iniciate..” initiate “..a persuit..” pursuit 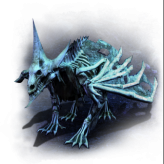