Before I even load the game, I felt I knew what to expect X-COM: Wild West. I was wrong. While the missions feel like familiar territory, this game focuses more on the characters and their story that the impending doom of the planet.

The opening sets the scene for a story that could easily be an adventure game, an RPG or a Wild West shoot ‘em up. As I worked through the first mission, it certainly felt like I’d been thrown into something similar to X-COM, but with the ever present narrator letting me know how the character feels.

Between missions, I got to delve into getting all the gold I could from the local mines. Until the local crime lord starts taking my earnings. I save my home from some local bandits, and get back to the mining. At this point, I wasn’t sure what the purpose of the mining was, aside from a conduit to give me some information on the story (and give me a change to ruin a characters hands. Gee, thanks) but later, I was given options about how to approach missions, if I had enough gold. One of these was to dig a tunnel, under my own house. This spawned me in a much better position, to get all of characters killed.

Don’t worry though, the characters are essential and can’t die. This, is possibly my only gripe with the game. X-COM was enjoyable, because the squad was built by the player. Their story was in their stats, and by how you, the player got them through each mission. If they die, they die that’s your history. Being told, this character can’t die, because the story can’t progress really dropped my want to bring them all through each mission, because they had to regardless. So I could go for the Dark Souls approach, of just trying different way to beat a mission, it’s time consuming yeah, but it works. This stops the story flowing, when I had to try 6 times to beat a mission I’d forgotten why we were even there.

Mechanically, the game plays very much like you’d expect. 2 action points a turn, move then shoot, stay in cover or die. With the specials you can apply to the player, using the cards you earn in missions, you can make different choices on how to play a situation. Normally, I end up hiding behind a wall and whittle the enemy health down while being lucky enough not to die. On occasion the AI did leave their characters standing in the middle of a field, to be picked off very shortly after. The one thing I missed was an overwatch button, probably my most used ability in X-COM, however not having made me be super aware of any possible entry points. Where I would often watch a shotgun toting bandit, wander in, turn and force me to reset, because my team don’t like being shot in the face.

The arcane side of it was absent from my play of the first story, but I feel there could be more left for me to explore with the other stories. I’m that if my squad doesn’t carry over, and I have to start again, I won’t be thrilled, but I’m not that invested in them anyway.

Overall this was a solid game that I did enjoy. It’s a good blend of familiar mechanics in a new environment was some tweaks. It ran well, I’d like some randomly generated scenarios thrown into the mix, just for something different and to add some replay value. I’m sure if the community wants it, there’ll be mods for this. To put a number on it, I’d say it’s a solid 4. 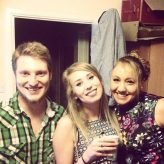 To start an online gaming business, the first step is usually to plan out your…