Icewind Dale: Enhanced Edition – Evil is growing beneath the Spine of the World.

Stepping back into the world of Icewind Dale was like putting on an old pair of boots, after not having worn boots for a long time; the game is not the type I have been inclined to play recently, but when I started to play again, memories of my first adventures in the PC gaming world of AD&D came flooding back.

Allow me to continue the metaphor (consider this a TL:DR of sorts) – the boots have been polished and the laces and soles have been replaced, but they are the same boots – as comfortable and familiar as ever.

Icewind Dale is an RPG which follows the rules of Advanced Dungeons & Dragons (AD&D) laid out by Dave Arneson & Gary Gygax (R.I.P.) and published through TSR in the 70’s & 80’s. AD&D is a table top RPG which relies heavily on the imagination of the Dungeon Master (DM) and players to fill in the gaps missing from what is essentially a ‘living story’ which is written on the fly by everyone concerned.
This means that, in a similar way to most RPGs, as characters successfully complete actions, combat, spells etc, they gain experience points (XP) and can level up at which point you can usually choose to improve which certain skills or abilities, at the very least, the character’s health (hit points) improves

Please note that it was not possible for me to play the multiplayer part of the Enhanced Edition which is one of the major, and that my opinions are based on play of the ‘Icewind Dale’ game rather than the ‘Heart of Winter’ expansion (I did not have access to ‘Trials of the Luremaster’).

Upon selecting the game you wish to play – the Enhanced Edition has ‘Icewind Dale’ and ‘Heart of Winter’ as separate games, you are presented with a narrated journal. I began with Icewind Dale. As the virtual pages turned and I watched the intro in which the pre-story of Jerrod the Barbarian Shaman and his defence against the Arch Mage Arakon, I felt pulled back 10+ years as the well-narrated story unfolded before me

Graphically, things don’t seem to have changed a great deal, however my memory is quite hazy on the original game given that it was quite some time ago. But you shouldn’t be be buying this kind of game for the graphics, it’s all about the mood and story for me.

The dialogues with NPCs are well laid out with the more important ones being voice acted. As an alternative to clicking your chosen response, you can press the relevant numbered keys – this is, coupled with the option to do most things with keyboard shortcuts can give a good emulation of the original AD&D experience IMO.

Especially valuable during combat is the pause option which allows you to make the game even more RPG-like by giving you time to think about your next action – after all, as a single player, you are controlling a pity of six characters, each with their own skills, spells, and other abilities. Your knowledge of the different characters and how best to utilise them – which can change due to a multitude of different factors, can dramatically alter the outcome of a fight. However, to my knowledge, dialogue trees don’t change when using different characters, although some side quests call for one character over another.

This is a re-release of a previously published title, the full release version includes the following ‘enhancements’:

The music is evocative and memorable; the orchestral score rises and falls with the action and, assuming you don’t linger too long over one activity, never gets annoyingly repetitive. Once moving on to another chapter, the basic music changes

The problem with player characters wandering off and taking their own routes to places you specify is still there – occasionally they would get stuck and need your attention to return them to the group.

It is still a difficult game when played on ‘NORMAL’ difficulty; but Bulldog have obviously listened to players over the years and the Enhanced Edition now features a ‘STORY’ difficulty level which will allow you to play through the game and experience the story without worrying about the intricacies of combat – your characters become invulnerable.

A strong community has built up around this game which includes modders, at sorcerers.net you can find a wealth of sound packs and portraits to customise your IDW experience.

I was into AD&D in the early 80’s. Later, when the original game came out, I loved it for it’s great graphics and deep story line which reminded me of the games I’d played with friends. This version is a great throwback to the first one; although the ‘enhancements’ don’t make the game boldly different for me, it’s still excellent role-playing! 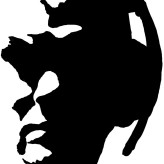