Neocore has finally released the sequel to The Incredible Adventures of Van Helsing and I must admit it was one hell of a journey. Not always in a good way though. ARPG title where monsters await and evil lurks behind every corner, was much better than the first game, but it still wasn’t epic. The famous vampire hunter lived in Bram Stoker’s novel, so I might have expected too much from a video game. Dracula and all those monsters from the novels seemed very interesting while reading, and video game brought them to life in a fun way.

The story takes you in the fictional land of Borgovia, where you assume the role of Van Helsing’s son. He wants to continue his father’s work to defeat the evil. It’s a classic good versus evil theme, with a mad scientist and his minions threatening the inhabitants. Of course, you are the only one who can put an end to the mad scientist. Lady Katarina, a ghost with a good sense of humour, is a friend who will follow you on this dark journey.

The selection of character classes, genuine story and an extensive skill tree made Van Helsing II stand out from vast titles of standard hack’n’slash adventures. Each class has its distinctive pros and cons. For instance, The Blade is best at close combat, while The Spellkeeper uses powerful spells to frighten the enemy, or even a group of them. Depends on your play style preference you can choose a class that suits you best then improve it by adding skills, perks and everything else which makes Van Helsing II a true RPG title. There are trophies that can give you an advantage by adding new bonuses to your character class, though it might also give an advantage to your enemies. This part has been done well, you can’t ask for much more from an ARPG title.

First set of quests asks you to defend the city from General Harker and all his monsters, which are abundant. Powers that Harker possess are beyond belief, enemies come in various shapes and size, and they can respawn giving you a headache while trying to defend the city. It’s not all bad though as the loot that drops can be found with almost every grouped you kill. You can stay in the first district for a while and just run around engaging in combat time and time again, to get as many goodies as you like. Just don’t hang around for too long, because what follows is way more interesting.

Aside from Lady Katarina, you get a cool Chimera pet, which can be accessed by going to The Hunter’s Lair, your secret hideout. It can be useful in battles, but you can also send Chimera to gather gold and rare items within the Ink. You will need all help you can get in combat, and this aspect of a game is mostly a tower defense style. Battles are frantic and chaotic. One moment you seem to be fine, the next you’re dead. Fortunately, on normal difficulty, you can respawn for cheap and continue fighting off hordes of monsters. Although this combat style might seem as the core of a gameplay, quests are what counts and these have been fit in perfectly with a storyline. NPCs are witty, Lady Katarina in particular, and this level of humour just added more fun to the game.

The game is complex, there are so many things to do and micromanage. Sending squads, trading, keeping you hideout secret and much more. Van Helsing II story has been threaded carefully and every aspect of a game features a stunning level of details. The dark setting gives the perfect sense of Borgovia, the land where science and magic often work together so nothing is what it seems. Visual effects worked nicely, all bright colours to spark up the darkness that surrounds the world around you. Wilderness areas were the best though, with vast areas to explore and the landscape that just keeps you going on.

I might have expected too much from Van Helsing II and there are things that could have been done better. Although this could change once devs have released all necessary patches and updates. As a video game, Van Helsing II has everything to keep you entertained. The only thing missing, considering it’s an RPG title, is the fact that there’s not much to do once you have defeated the final boss. It would be wise to do all side quests, or optional missions to get as many hours of fun as you can. While the story is the true gem here, exploring different maps and fighting swarms of enemies can keep you busy for days. There are still few bugs that need to be ironed out, I would check the forums to see whether the game is completely playable before the purchase. 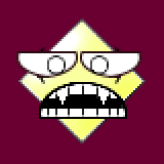 In recent years with the growth of gaming as an industry, we have also seen…