Until purchasing Logitech’s G203 Prodigy mouse I had used several typical office mice, a Razor Naga Chroma Lazer Mouse, and a Corsair Scimitar MMO Mouse. Even after years of playing on many different styles of mice, it was the G203 Prodigy that opened the floodgates to me of what a gaming mouse could and should be.

Unpackaging this mouse is a breeze. Logitech makes a noticeable effort to reject the jagged ‘gamey’ graphics and package design of their contemporaries. Instead, they opt for a clean and minimal aesthetic that emphasizes their mouse as a piece of technical hardware, not just a piece of gaming hardware.

This is a welcome change, as not only does the light blue and matte black color scheme make the packaging easy on the eyes – it also gives the customer the impression that they are in good hands.

As it turns out, they are. Unpackaging the mouse is as easy as opening the box and removing the mouse from its plastic cover. No cutting or ripping necessary.

Upon unpackaging it, my first impression of the mouse was that it was light and elegant. The G203 Prodigy comes equipped a  gripped scroll wheel, two thumb accessible mouse buttons, a two-meter cable and a central button directly beneath the scroll wheel for on the fly DPI changing. The DPI caps out at 6000. The two mouse buttons are placed directly above where the thumb rests, making accessing them during high-octane gameplay simple. The mouse is designed with a transparent crescent-shape and Logitech logo that lights up when plugged in.

I didn’t know much about what Logitech meant by ”G203 Prodigy communicates at up to 1000 reports per second – or 8 times faster than standard mice.” until I plugged it in for the first time. The G203 Prodigy tracks so smoothly that using it felt like the equivalent of going from 30 to 120FPS. I wish I were exaggerating. In fact, the smoothness of this mouses tracking was such a drastic improvement over any other mouse I had used, that it instantly changed my perception of what I should be looking for in a mouse.

The Logitech website includes a downloadable interface to alter DPI increments, remap buttons, lighting settings, and heatmaps. This interface is intuitive, well designed, not resource intensive, and also works in tandem with whatever other Logitech products you might own – such as headphones, keyboards or webcams. The lighting tab allows the user to customise the RGB lighting of the mouse to whatever they please – offering a few preset color cycles that should be familiar to gaming mice enthusiasts.

All of this adds up to an impressive visual presentation. However, the lack of more mouse buttons means this product is a poor choice for MMO users looking for something to aid their hotbar/skill juggling. Something like the Corsair Scimitar would be much better suited for users looking for more variety and depth in regards to mouse buttons and macro creation. This mouse instead finds its value in it’s extremely precise and smooth tracking.

Eager to test the product, I loaded up several mainstream PC shooters to conclude that my after some getting used to the mouse, my aim had noticeably improved. The immediate responsiveness of the mouse meant that in high-stakes moments in a match, where a few pixels could define the outcome, I had a level of control and clarity that I had never had access to before. Flick shots and trick shots that felt dubious to attempt in the past, I was able to hit with improved consistency.

Mechanically, my time with his mouse was positive. Unfortunately, after a few extended periods of playing with it, my hand began to cramp. I believe this is due to the relatively small size of the mouse (this thing will feel like a little toy compared a Corsair mouse), and my large hands. This isn’t an issue I’ve encountered many others coming across and doesn’t seem to be a problem when playing for a reasonable amount hours for me.

Logitech’s ace in the hole here is their price. For £34.99, this mouse is a steal. Considering the quality of this mouse and the improvement it is over even other high-end gaming mice, the value of the mouse becomes incredible – making this the quintessential high-quality mouse for gamers on a budget. I look forward to seeing Logitech expand on this model, perhaps with more mouse buttons for our MMO loving friends.

This mouse won’t make you a better gamer, like any skill that takes practice. The G203 however, with its precise mechanical accuracy, is the tool to practice on. 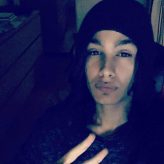