Political Animals is a turn-based strategy game developed by Philippines-based studio Squeaky Wheel and published by Positech Games. Political Animals is an election simulation game set within a fictional world populated by a variety of different animals, for example, the ‘corrupt crocodiles and meritocratic mice’. The game is essentially a political contest for players to find out how “incorruptible they really are.” Political Animals has a choice of playable characters to choose from, a choice of eight different maps and an infinite number of strategies you can engage in to win over the population through the many districts. The primary game is moderately simple; you are attempting to win an election on a small island and each district of the island will be interested in two of five broad issues, for example education or law and order would be their main concerns. They will also have a certain level of interest in these issues.

So the aim of the game is to win the most votes, using whatever tactics means necessary. On each turn, you spend points to move your candidate and their staff around the many districts to gain popular support, hold rallies and raise awareness of certain issues within that state and campaign for your chosen politician. Your choice of staff will affect your strategy, for instance, a lawyer can settle your scandals, but a preacher can energise the population. You can raise funds from the wealthy, give gifts to political patrons and hold rallies to build support from the voters.

Political Animals works like a board game, you have your main political leader and three staff members. Each of your characters will have different traits and abilities to choose from and you use those characters to go out into the numerous states of the island and push for votes. Each turn you can move your characters to different regions that contain three influential patrons who can give you things like money or sway votes. Each turn you spend points to move your candidate and their staff around the many districts to gain popular support, hold rallies and raise awareness of certain issues and campaign for your chosen politician. Your choice of staff affects your strategy, for instance, a lawyer can settle your scandals, but a preacher can energise the population. You can raise funds from the wealthy, give gifts to political patrons and hold rallies to build grass-roots support from the voters. Along the way, expect to encounter scandals both real and fictional as well as other random events.

There is another candidate roaming around competing for votes which essentially is your rival and there are various actions you can do to mess with them, for example, you can plant scandals, then report on them or you can threaten people which will cause a worker to miss an action and various other things. The goal is to win the most votes, using whatever tactics means necessary.

For the mechanics, Political Animals has a lot of depth to it and after a few hours of gameplay it starts to get repetitive. It’s fairly straightforward, at first the game lets you set up the campaign however you want, you can choose the traits and special abilities of your politician, the starting district, your staff preference, and your opponent’s difficulty and behaviour. The game then starts by putting you in your chosen starting district and giving you 30 turns for your campaign. Each turn consists of moving your Political leader and the chosen staff, every character is eligible to 1 action per turn. Each character can do various actions such as Rallying, Campaigning, giving gifts to district patrons, raising funds for your campaign, Bribing voters, and Executing their own special ability.

It is quite the ironic game and Squeaky Wheel released it right before a huge debated election. That’s very bold of them and that’s important, we need more games that engage in imitating politics, as I found this game to be quite the educational get-go. The game is rather fun and actually quite clever, the core game mechanics are solid and the game is fun once you get into it. I’m impressed with the graphics and I think the game will age well due to the chosen art style being cartoonish and like a board game which I think is a nice touch. What I like about it most is the fact it’s fun and cheerful with colours and happy faced animals. The game doesn’t take itself too seriously and it’s about having fun, which brings me to its flaw, there is no multiplayer, online or local. Given that it is a fun board game style game, multiplayer would make a great addition.

The game to me would be a 7/10, the gameplay is fun and very colourful which adds to the effect giving its board game like feeling, the graphics are not a problem and are quite smooth as well as the sound. The only downside that I see is the no multiplayer aspect. 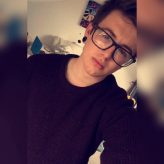 My name is Morgan, I am 17 and live in Pontypridd, South Wales. I am currently studying A-Level ICT and Media Studies at Pontypridd High School. I have a passion for video games and cannot remember a time where i had not played one, I also love technology and spend a lot of time on computers and tablets in school and out.