SEGA 3D Classics Collection is the first adaptation of the best of what SEGA offered back in the good old days, of cartridge based systems, crap controls, and button bashing, thumb hurting era.

This pack contain seven of the best

And to start this review, I thought it was best to describe each game, all information was provided by SEGA and a link to the page is also provided as it page contains a shed load more information about each game including the controls and updates which have been included.

A racing game from Yu Suzuki, the father of Sega’s early “physical experience” games, which includes such other gems as Out Run and After Burner II!

Take control of a monster machine and race through three-dimensional courses. Along with Galaxy Force II, this game made use of the revolutionary Y-Board technology.

With over 25 courses and a catchy soundtrack, it’s no wonder this title ranked number 1 in user feedback in what games they’d like to see added to the SEGA 3D Classics series. We are pleased to offer this port with a new widescreen view option as well as a presentation that mimics an old arcade cabinet, including its movements and sound effects.

Press the X Button to begin. To progress onward, you need to finish the race in the top three after four laps. Accelerate with the Y Button, brake with the B Button, and press L or R to shift gears.

If you finish in fourth place or below, you will have the option to try again. Try to place first in all five courses, and a special race will become available.

In addition, players now have new gear shifting options not present in the original arcade release!

you can find more information about this port here

The second installment in the popular action-puzzle series “Puyo Puyo” is appearing on the 3DS for the first time!

This arcade port has very simple rules, but it adds an Offset feature to make head-to-head battles even more intense. You can play against a friend using Local Play.
(Both players must have a Nintendo 3DS and a copy of the game)

Move Puyo left/right with the +Control Pad or the Circle Pad, drop them with down, and rotate them with the A and B Buttons. If you can match four or more of the same color, the group will disappear.

If you create a chain of successive groups, you will send Garbage Puyo to the opponent’s side.

There are a variety of rules which can be set, including offsetting Garbage Puyo, quick turning in places where they cannot normally be rotated, and difficulty settings.

Grab more information about the game from here

At long last, Sonic’s in stereoscopic 3D! Enjoy his original adventure like never before, with brand new features like Spin Dash, in-game saving, and stage selection!

Experience this sci-fi shooter for the first time in stereoscopic 3D!

The Imperial Army has invaded the Junos star system, and you must travel to each of the five planets, infiltrate the fortresses, and destroy the power cores!

This version features enhanced graphics, including a view mode that reproduces the look and feel of an arcade cabinet.

More information can be found here

This version includes options to emulate a retro arcade cabinet, gyro-based controls, and a whole new and challenging game mode, with a new level and a new final boss!

The popular shooter Fantasy Zone is back, and it is bigger than ever! Players can continue the story with Fantasy Zone II: The Tears of Opa-Opa, a remake of the original Master System game, or experience an all-new endless mode, Fantasy Zone II: Link Loop Land!

Much like the previous game, Opa-Opa has two types of weapons: an anti-aircraft weapon and a bomb which drops downward.

Enemies leave coins when destroyed, and these can be used to purchase power-ups at the shop, either to upgrade Opa-Opa’s ship speed or either of the ship’s weapons.

Warp zones appear once the player has defeated front-line bases, and these allow the player to warp between the “Bright Side” and the “Dark Side” of the planet. The Dark Side has stronger enemies to face, but the rewards are much higher. In addition, there are no shops in the Dark Side, except for hidden ones. When the front-line bases here are destroyed, the boss will appear. Defeat the boss to move on to the next stage!

The popular classic is back, in 3D! This side-scrolling, action-packed platformer will have you slicing and dicing your way past fiendish monsters in order to save Athena. Your only hope for survival… is to shape-shift into a fantastic beast yourself! It’s time to rise from your grave!

This is a faithful port of the Genesis version, with the addition of a new “Random Form” mode and a two-player mode using local play. (Both players must have a Nintendo 3DS and a copy of the game)

These games are the full versions with many having added features and adapted controls to suit this system it is on. Almost forgot to mention, every game now takes full advantage of  Nintendo 3DS capability to output stereoscopic 3d.

As you can see the pack contains a number of games, and due to this each game had its own unique control setup, which personally I found hard getting used too, not too hard, though, as in the end after playing each game a number of times, I recalled the controls rather easily.

There was also another issue, Loading, to load a game you need to press X as it clearly stated ‘Press X to Play’ I was doing this a number of times for a few games, and nothing seemed to be happening, sometimes I found myself press X over five times, which was very irrirating. There was another issue playing Sonic the Hedgehog, sometimes did not move, even when was pushing on the control to move, as Sonic is supposed to be a fast-paced, button bashing games, you can accept my frustration, when it was more or less a door stop on times.

Aside from some niggling issues, when the games were loading and running, everything ran as expected, the quality of graphics is as I expected? what I expected, maybe I should have phrased that better, going back years ago the graphics were not up to the standard they are now, this was an era where 8Bit and 16Biot graphics rules, so everything is pixelated and jaggy.But what did I expect? well exactly what I got old school graphics, reminds me of some Indie titles of late.

Overall I felt the games were for fans of the retro titles and if you are unable to grab the original systems and original games, and wish for some nostalgia from the old times, then you can not go far wrong with what is on offer from SEGA 3D CLASSICS COLLECTION. There are hours and hours of playtime to be had, with some very challenging aspect to each game to be had, don’t think these games are a walk in the park, as they will test you, Ohh they will TEST YOU!

That being said  I thoroughly enjoyed the experience I would definitely recommend it to other gamers. 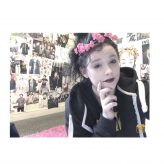 Hello, i'm Hannah i'm 15 years old and I'm from Pontypridd high school, I study media , IT and Electronics. I hopefully plan on leaving school pretty soon too study more media in college. My father introduced me to a lot of the interests I have now, things like video game, movies and music, i'm a huge Harry Potter, Doctor Who and The Walking dead fan. I also enjoy reading my favorite authors are Dan Brown and Peter James and i also read a lot of fan fiction :)