This week, I’ve been playing Stormworks: Build and Rescue, an open-world sandbox game currently in Early Access, developed by Sunfire Software and published by Green Man Gaming. As the name might imply, the aim of the game is to build land, sea or air vehicles, then attempt to complete missions with them. Now, I’m a big fan of Kerbal Space Program, it’s currently one of my favourite games, so when I saw this game, I was quite excited. In fact, developer Dan Walters says he was even inspired Kerbal Space Program, so I was interested to see where this would go…

Starting a new game, I decided career would be the best bet. I decided to start a career so the game could teach me the basics and slowly ramp up the difficulty. The game has some character customisation, such as hair style, hair colour, facial hair and eyebrows, if you’re into that sort of thing, but forget about facial features, because people in Stormworks don’t… have faces. This is a lot less creepy than it sounds, I promise. The art style and graphics compliment the lack of faces well and the game is nice to look at. I can’t really describe the style of Stormworks, but perhaps images can. You’ll just have to trust me on the whole “faceless people aren’t creepy” thing.

Stormworks provides a basic tutorial for things like movement and the vehicle editor, which work well enough, although they aren’t ideal. Camera movements and placing parts in the editor is fine, it’s just the rotational controls that are a bit finicky, and by “a bit finicky”, I mean highly frustrating. They utilise an unconventional control scheme using the IOPJKL keys unlike any other control scheme I’ve used before. Thankfully, you can reduce the amount of rotating you need to do by attaching your piece to another part of your vehicle. Despite the tutorial and my best efforts, I just could not make a boat that worked. The game could definitely benefit from a physics tutorial of some sort, similar to that found in Kerbal Space Program, because without external research or prior knowledge, I think most players will have trouble building their own vehicles that work well enough for most missions.

After struggling with building a boat for so long, I was considering just giving up, but then I remembered Stormworks’ Steam Workshop integration. I started up a new Creative world so I could test some vehicles and play around in the vehicle editor, and after an hour or two, I was confident enough to take some workshop vehicles into my career save. I found a nice day 0 cargo ship that was able to complete many of the first missions, namely the “transport 5 cargo crates” missions that the stock boat is too small for. The Steam workshop was really a bit of a saving grace for me, I think if it hadn’t been for the workshop, I would have given up on the game much sooner. This was, however, about the time I encountered the games next serious problem.

I’m not sure exactly how large the map in this game is, but it seems to stretch on for a long while, with relatively few islands compared to the sheer amount of ocean. This means objectives can be far away… very far away. Now, travelling 6km to save a stranded captain doesn’t sound too bad, right? At just under 15 meters per second in my day 0 cargo ship, this simple 6km trip took me about 7 minutes real time just to get the captain, then I had to turn around and drive another 6km to catch up with his runaway tugboat, another 7 minutes. A player should not have to listen to the monotonous growl of 4 petrol engines for almost 15 minutes for one mission. In this time, I was able to play a few rounds of “Lucky Trivia” with my new Google Home (who knew cats had 32 muscles in their ears?) but Stormworks is a game, you shouldn’t have to entertain yourself with something else while playing it; waiting around holding the W key for 15 minutes is not fun. This game desperately needs some sort of time warp or fast travel to waypoints (you can fast travel to your home bases, thankfully, but you have to manually travel to missions). I think this is currently the games biggest flaw, and it will probably be the reason I won’t progress in the game outside of messing around with Workshop vehicles in Creative mode. In case you were wondering, I never did finish that mission. I crashed into an island because I was on my phone not watching the game and managed to capsize my vessel whilst travelling to the tugboat. Immediate Alt+F4 ensued.

I experienced very few bugs in my time playing, which I was pleasantly surprised about. The only crash I experienced was in the vehicle editor when I tried to drag-select with the wrong tool, but I wasn’t able to replicate the bug once I got back in. The vehicle editor needs a few improvements and additions, such as the ability to move and rotate parts without erasing and replacing them, but the ability to move the position of the camera rather than just panning around the centre of the vehicle is very nice, and is something more games should learn from. If you do experience a bug or would like to suggest a feature when playing, you can do so from the main menu or the pause menu at any time through the respective buttons. The game also offers a mutliplayer mode, but it is currently in early alpha and I didn’t test it, so I can’t speak for how well it works.

I think Stormworks: Build and Rescue really has potential, and with some refinement and advertising, it could even compete with larger sandbox-type games, such as Kerbal Space Program or Space Engineers, but right now, I think it needs a little longer to cook. I think Sunfire Software needs to focus on some quality of life improvements before pushing out larger things like the vehicle destructibility they claim to be working on. I’m looking forward to seeing where this game will go, and it will be something I come back to at a later date to see how it has improved and give it my full review. 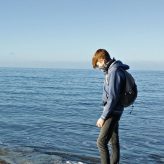 Search agency Rise at Seven, reveals in a new map the most in-demand console brand…