Reading reviews about Hyphen, you might be misled into thinking that this is just another rage-inducing action puzzle game. Playing it, however, you soon come to realize that Hyphen is more than that – it’s the Dark Souls of action puzzle games.

FarSpace Studios’ Hyphen is a devilishly-hard action puzzle game in which the player takes control of a glowing neon stick and guides it to the finish line, navigating around obstacles and dodging bullets. Sounds simple?

The game, currently awaiting the green light on Steam, can be extremely frustrating and difficult due to its meticulously-placed obstacles, yet it doesn’t hide it. In fact, it prides itself in being grueling. Right from the very beginning, before you even install Hyphen, a cheeky disclaimer notice informs you that FarSpace Studios aren’t liable for any damage you conjure while raging. Going into the very first levels – the so-called ‘easy’ ones – it becomes all too obvious that difficulty is a relative concept.

Playing Hyphen, players take control of a rotating neon stick, patiently awaiting the stick to rotate for them to make their move. The game’s rules are textbook – players have to move around obstacles and ward off death until they reach the all-too-obvious finish line – the player’s sole respite in the whole game. In doing so, players only have control over the game’s movement, and pretty much everything else works against them.

Hyphen has no tutorial to speak of, yet it starts the player off with some easy levels, at least within the game’s standards. Players are slowly introduced to the game’s mechanics as they are shown around what makes up Hyphen’s neon world and its intuitive control scheme. From there, the game’s difficulty increases exponentially as the game presents its real character and gives players a taste of death.

Demise is a harsh and common reality in Hyphen, yet in spite of its strenuous nature the game remains fair throughout. What is probably the game’s most interesting surprise is the manner in which it allows players to negotiate with death. In the beginning of each level, players are given a number of checkpoints which they can tactically drop as they progress. Unfortunately, the game allows players to place checkpoints pretty much everywhere, and occasionally this results in an infinite loop of deaths as the stick respawns.

Across 36 levels, players will find themselves losing count of the number of times they’ll die, yet their efforts are duly rewarded. Following each level, players are rated, with the number of checkpoints used, deaths and time taken to complete the level factored in to produce a one-to-five star rating. Although this system is simplistic in nature, players will learn to adore two stars as a visceral sense of accomplishment. The game begs a highscore system shared by all the players, but bragging manifests itself in social media sharing thanks to the game’s Facebook integration.

Often overlooked, balance is key in every video game, yet Hyphen doesn’t make the same mistake. Everything in the game focuses on delivering the best gameplay experience to the player. The simple, minimalistic neon world offers stark contrast between the background and the playing field, whilst keys and other powerups are easily-distinguishable. Coupled with some neat graphical effects, Hyphen not only looks, but feels alive.

Hyphen’s world is alight with colors, yet the graphics are coherent throughout, as is the stick’s color. Warning red lights translate into the players’ unlikely friend in the game, as they warn them of the approaching demise whenever the stick is rotating too close to obstacles. The user interface too is intuitive and loading screens show the game’s control scheme for ease-of-use.

Like the game’s graphics, the music and sound effects in Hyphen aren’t flamboyant. A remnant of video game eras long gone, the soundtrack composed by Andrew Lloyd serves to help the player focus solely on the puzzles at hand. The 11 electronic tracks fit the game’s neon graphical theme perfectly and go a long way towards helping the player concentrate on the game’s intricate style.

Frustrating? Sure. Infuriating? Certainly. Fun? Definitely. Hyphen might be tedious and fiendishly-hard at times, yet that takes nothing from the game’s fun factor. The game offers 36 levels of pure onerous mayhem and two other mini-games, yet with the ever-increasing difficulty, the finish line becomes the ultimate accomplishment. Adding to the fun factor is the replayability the game offers. There is no level editor included with the game, yet the innate desire to improve on past star ratings keeps driving you to replay and master levels after crossing the finish line.

Overall, Hyphen is a totally hard, yet extremely addictive, game that will have you tearing out your hair in frustration. Navigating around a neon maze might never have been so difficult, yet sporting 36 levels of pure enjoyment, Hyphen is a must in any hardcore gamer’s library.

Challenging, enjoyable gameplay will leave you on edge for hours on end. Perhaps the only thing lacking is a proper highscore system covering all players and some polishing in the checkpoint system.

The refined graphics contribute a lot in immersing the players in the game, allowing them to focus solely on survival.

Modest and appealing, the music and sound effects contribute to the game’s theme in the best of ways.

Hyphen offers hours upon hours of guaranteed frustration and raging in an arcade-like environment. Offering polished mechanics and graphics, Hyphen is a game that no hardcore gamer should be able to resist.

“A total hard yet extremely addictive game, that will have you tearing out your hair in frustration” 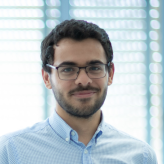 Hatsune Miku Coming to the Nintendo 3DS in 2015

The global gaming industry continues breaking records, with revenues and the number of users reaching…