Hugely popular battle royale (BR) phenomenon Fortnite has drawn players worldwide. As the game continues to grow and attract more players on gaming PCs, mobile phones and consoles, it will be more difficult to get a win. Here’s some helpful tips to help you get through the game. Whether you’re an established player or just starting out there may be something of use to get that Fortnite gaming success.

Being a BR game, the overriding aim is to be the last person (or team) standing on a fictitious Battle Royale island.

The game begins as a modified floating bus, dubbed the Battle Bus, passes over the island holding all 100 players as they skydive down to the ground. It is then up to the player to find sufficient loot and build effective fortifications as a circle with a frightening storm closes in on the players.

As the circle gets smaller and the storm becomes stronger, players have to fight to win the game and survive. A very simple premise, but one that has captured the affections of gaming across the globe.

Deciding where to jump

Your decision on where to jump will set the tone for the rest of the match so it’s vital you get it right. Most of your opponents will land in named locations such the Dirty Docks or Misty Meadows, or areas that are close to the centre of the island.

Fortnite beginners will want to land away from the flight path (the direction in which the Battle Bus travels), as it is less likely you’ll be landing in a highly populated area. Perhaps hold out until the end of the flight path and drop into an unnamed area. You will have to travel further than most to get inside the circle, but if you can get set up well, you will reap the benefits later on.

Make sure to keep an eye on where other players are landing. If they are already going towards a spot where you’re planning on going to, it may be worth breaking away and finding another location.

However, if you are feeling more daring you could charge ahead, land in a populated area and back yourself to win the early battles. While the risks are much greater, the rewards are better as these areas will hold the better loot.

If you do go with this approach try and find a weapon before engaging in combat because it’s much more effective than attempting to mow down enemies with your axe. Assault rifles or SMGs are good beginner weapons, but shotguns are great for close-range combat as they do high damage and can be one-hit kills (very handy when exploring small spaces).

Before you can get the best loot you have to know what to look out for. Gear is displayed in six colours, which determines their level:

Don’t only be on the lookout for loot chests – keep an ear out too as you can hear them through walls. Listen out for loot chests above you; you’ll have to build a ramp up to get these so you avoid taking out the floor and the chest with it. Loot chests are the best things to find and only a handful will appear at once.

There isn’t just one way to win in Fortnite, so here are a few of the different approaches you can take to get that victory. You may decide to utilise a mix of all of them throughout the game.

Remember, the objective of Fortnite is not to get the most kills but to be the last person alive. Your opponents could be registering five or six kills and still finish outside the top ten, whereas you could snag a quick kill at the end to win the game.

With the threat of the storm closing in throughout the game, most players will try to stay well clear. This is why some regard staying on the edge of the circle and using it to their advantage as a legitimate tactic. First of all there are fewer angles you can be attacked from, but it also gives you the chance to sit tight while your opponents whittle each other down. It’s very unlikely that you’ll be attacked from behind so you have time to prepare for the endgame. Remember to keep an eye on where the storm is heading and how long is left before it starts moving again – you’ll kick yourself if you’ve got all kitted out just to be eliminated by the storm!

Of course, you’ll have to stay very quiet. In areas where you believe it’s likely you’re not alone, you’ll do well to not be heard. It’ll slow you down but crouching is a very effective way of keeping quiet – you can still move around but won’t draw attention to yourself. Added in Chapter 2, vehicles are a good way to get around the map, but they are very loud! Moving around in vehicles will only draw attention to yourself. Perhaps just use them if you are getting out of danger.

At times during the game it’ll be almost impossible to avoid firefights, especially in the latter stages. If you do see or hear players engaging nearby, you need to be careful when deciding if or when to approach. If you see they have a lot of firepower, you could easily be outgunned. If there are multiple people engaged in combat and you suddenly show up, they could quite easily turn on you leaving yourself outnumbered.

The best thing to do is sit tight and be patient. If you do stumble across a firefight, it’s best to wait until the end. The involved combatants will think it’s over and will most likely have taken damage. This is where you can pounce and take them out of the game. If they have good loot, you can pick it up and take it into the endgame.

Don’t make the same mistake as your opponent once you’ve taken them out of the game. Other players may have heard your shooting and be drawn towards you. Don’t let your guard down and be ready to take them on.

Build, build, build is the message. Building some good cover is a good way of keeping yourself safe throughout the game. Four walls with a staircase in the middle is considered the standard. You can also throw walls down between you and an attacker to give yourself time and run for cover.

Height is a very good advantage, as long as you have cover up there too. Your opponents are much less likely to want to fight you if you have a clear height advantage. You have to be careful, though – your silhouette can make you more visible. All it will take is one shot and you’re out of the game.

You’ve made it to the final few. This is where the pressure is really on! Just like you may have done throughout the game, here is where it’s best to avoid being spotted.

If you’re in a wide open position in quite low-level terrain, you are pretty much a sitting duck. Don’t give your opponents the chance to bait you out into the open. Destroy their bases and blow up as much cover as you can to force them out into the open – this is where you can take your shot!

There are many different ways of getting yourself through the battles in Fortnite, and these are just some of them. It’s about finding the right method for you to clinch the win, whether it’s the patient and quiet way or loud and guns blazing!

As time goes on and Fortnite continues to bring out updates, there will be other ways of winning the game. It’s important to adapt your play style if you are ever going to have Fortnite gaming success. 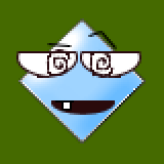 Oliver Griffiths has a passion for film, video games and technology. He can be found at Tillison Consulting running a number of clients’ digital marketing campaigns across all sectors and platforms.

Curse of the Sea Rats Coming To Consoles 2021