Cayne is a free to play, top down, point and click horror game made by The Brotherhood. It’s a game set in the same universe as it’s predecessor Stasis, which received very positive feedback. The game was promised as part of the 2013 Stasis Kickstarter as a ‘prequel chapter’ built from the ground up. It’s a stand-alone game that has its own unique story that ties back to Stasis.

The main character is a young pregnant woman named Hadley. The game starts inside a hospital and Hadley is put to sleep. When she wakes up she’s in a dark, eerie Cayne facility with an armoured brute named Hank. Suddenly things go out of control and you have to work your way through a variety of puzzles to try and escape the facility. Although the game revolves around Hadley and her experience within the facility, one of the best things that The Brotherhood does is fill in the blanks with the Cayne employees and their digital diaries. They have very strong personalities, some being quite surprising which added excellent depth to the story.

The core mechanics are a blend of crafting and puzzles. Most of the puzzles are very challenging and as a greenhorn, I found it pretty difficult to work them out. As I progressed through the game I improved my way of thinking and became better at working out different situations. The majority of the puzzles were well made and gave me a sense of achievement after I finished them. Although, some of the puzzles didn’t capture my attention and had illogical solutions. The gameplay is stable, but somewhat lacking in depth. It would be cool to see the game developers add some extra content in the following months, maybe some secret rooms? Or difficulty settings where you can make mistakes to iron out some of the frustration.

What I really loved about Cayne were the beautiful graphics which worked incredibly well with its unique isometric style. The game can really be appreciated with a decent computer setup. There’s a grittiness to the textures that gives the visuals an old school feel which has been modernized by today’s graphics.

If you are a lover of horror games, the sound effects will definitely be one of the highlights of your experience. Each ambient sound fits well with each environment and the characters have shown to be very quirky with the help of great voice acting. Which in my opinion is the right direction for this type of game.

The user interface is really nice. It’s not distracting and the inventory can easily be brought up in the form of Hadley’s arm. Items have really useful descriptions and helps out a lot while progressing within the game. As impressive as the quality of the cinematics were within the game, I was disappointed by the in-game animations, finding them a little sloppy in comparison, especially notable in the movement of the characters. Considering the standards of the cinematics I wonder why the in-game animation suffered such a lazy execution.

The game is targeted towards older audiences, squeezing a compact deep experience into a two-hour game that you can pick up and play casually. So for those of you who just want to play a game for a few hours, why not try Cayne? Although a word of advice, wear a headset while playing Cayne there are some loud screaming and a lot of swearing which you may not want to display publicly!

Looking back I found the graphics, sound, and gameplay to be of an excellent quality despite the polish in the animation. The experience was enjoyable but I couldn’t play the game for long periods of time as it lacked something that could lure me back. I think the developers really need to bring a replay value to this game but doubtfully as it’s a non-profit game. Overall I will rate Cayne positively with a 7/10!

Cayne was review on PC 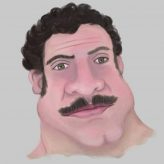 My life revolves around games and writing. I have a degree in games art and in my spare time I play games for hours on end. I've written a few short novels and with this experience and my passion for games I wish to pursue a career in the games industry.

A Look at the Most Popular Video Games