Dead Effect 2 is a Sci-fi Horror FPS published and developed by BadFly Interactive and is available on all platforms from Android to PC and recently being released to consoles this year.

The Story revolves around a motley crew of mutants and scientists seeking to be free of the tyranny of a repressive government and the haunting presence of their creator’s other failed experiments trapped with them on a massive spaceship deep in the vast expanse of space. You can choose from 3 different characters; Gunnar Davies, Jane Frey and Kay Rayner, all these characters have different abilities and weapons of choice.

During the beginning of the game you have to find your way to the protagonist know as Danette who was also an experiment, and is trying to help you. As you play through the story of Dead Effect 2, the enemies gain levels and strength to make the game more challenging. You need to be constantly upgrading your gear, mutant implants and abilities before proceeding to the next mission. By the end of the game, the enemies will most likely be a level or two higher than your character, making the final missions difficult but worth it. For your specific character, this may require jumping from the main story into one of the other game modes to level or make some cold hard cash for upgrades. In addition to the story, there are generic missions, Biohazard mode, Survival mode, Lone Wolf missions and an Infestation mode, giving Dead Effect 2 tremendous replay value. In addition to the different game modes, you can fully re-spec your character’s abilities for a new play style. This can be done at any point during the game.

The mechanics of the game are not that bad for a game that was first released on Android and IOS, the Xbox one version feels very refreshed and unique, the setup of movement and aiming is very simple like any other FPS really, it is very easy to pick up and get used to, and the movement is very smooth and the controls to the game can be mapped and changed to however you feel is best way to have them. So there’s not just customization of weapons and abilities, the customization feature runs through the entirety of the games mechanics too.

The overall sound effects for in-game action are I find improperly tuned, so much that the zombies sounded like a whisper, while the soldiers and my weapons had me turning the volume down on my television during action sequences as they were so much louder than I expected, The music  for Dead Effect 2 is one of its redeeming aspects, and to be honest, it sits really well within the game and can make some missions very intense while at the same time keep you on the edge of your seat.

Dialogue for the game was very bland and boring and I found myself skipping through conversations as the voice acting was also very bad.

Dead Effect 2 doesn’t do anything new when it comes to the FPS genre, and with regards to shooting as a mechanic, I can’t say it does that But in all fairness the publishers there has clearly been a lot of thought and care put into the game.  It actually looks pretty good with a smooth film texture and very good lighting effects in certain areas of the game. The characters all have their own personality and the sets of gear and upgrades to which you can assign to your character and provide a very surprising level of depth to the game. It is not one of the first games I would recommend as there are many games available on console currently that stand at much more preferable in the genre, but if you are prepared to overlook the lack of technical polish and want a silly, very competent game then there is fun to be had.

Overall I give the whole game a 6/10, as everything within the game sits very well considering what you pay for it.

Dead Effect 2 was Reviewed on Xbox One, the game is also available on PC & PlayStation 4 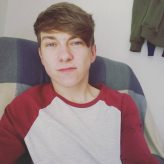 My name is Adam, i am a big gaming fan and i have been since i was a kid when I started playing on the PlayStation 1 , growing up i made the transfer from PlayStation to Xbox simply because of games like Halo and Gears of War, Since then I've been hooked on the Microsoft platform, I enjoy playing many different games from racing to action and even the odd puzzle game just to test the mind. I don't believe any console or gaming platform is bad, they all offer there own exclusives and are all enjoyable to play and get to meet new people which i find what gaming is all about meeting new people and experiencing games in different ways.

Despite so many games having already been released in 2022, and the year is going…