Good multi-genre tower defence games are very hard to come by. Even when there is a good tower defence game, the game itself usually lacks a hell of a lot of originality, making every other version of this type of game very un-unique, with only a small amount of gameplay to get involved with. The mobile market can easily get away with a great type of this genre thanks to it’s pick up and play characteristics and level replay-ability, but what about on the PC? Personally, I have never seen a well developed tower defence title that mixed with action-RPG and took it to a step further with it’s content. That was until I played Deathtrap.

Deathtrap offers something a little bit more than a few open levels to drop down machine gun turrets, watch waves of unrelated enemies with no motive other than to destroy that shiny thing you you’ve been told to babysit. Straight off the bat you have to choose a character type, between Sorceress, Mercenary and Marksman which are your typical character class stereotypes with different perks. The perks are great because they change the way you might play the lanes you’re defending depending on the character you’re using.

Along side that the characters all fight differently (guns, sword, long range magic) and they also have different unlockable abilities based on their class. You unlock the three tiers of abilities based on your level, and then you use skill points to customise and level up the skills you have chosen to have. After that, you can hot bar 6 skills to your left mouse, right mouse and 1-4 number keys, giving you quick access to your chosen abilities in the game. Skill points are earned in game during levels, and awarded frequently enough to really power your character exactly how you’d like to. If you change your mind on what you’ve levelled up and chosen as skills, you can easily reset the points, and make a new build from scratch. This is a very rewarding feature for the player because it’s going to let you try new and interesting combinations of skills to try and beat your highest score in levels, and there’s enough skills to try and test over and over with other combinations of skills to find yourself trying to best your own play style each time.

Also awarded to you in game are research points, and these are used to level and upgrade the traps you use in the battlefield. There are 5 different trap types, and are unlocked by beating maps in the game, and so these are unlocked in a nice progressive way. It is definitely a bonus when you unlock new tiers of traps, and then going back to older levels when you didn’t have access to those before hand, to try and get yourself on the leaderboards. Inside these tiers of traps, is also a different way to unlock the traps themselves. These are unlocked by completing certain challenges in the game. These challenges can be anything from kills amounts, to affecting enemies with certain elements, and I really enjoy the idea of having to play the game a bit differently in order to unlock a certain trap. Although you may unlock traps that suit your style of playing soon enough, it’s another layer of the game that really helps you develop your character.

Speaking of character development, you don’t just play a powerhouse character that gains more and more strength and health and focus (mana) the more you play. Well you do, except once again, Deathtrap takes an idea further in, and has you collecting equipment for your character, to boost and aid you as you so please. Gold is also collected, and can to used to purchase equipment from the shop, so you have to keep your eye on that, because the items on sale change regularly. There is also a crafting element, letting you craft new weapons, upgrade gear, salvage old equipment, so the player can really dig into his collection of equipment to maximise their character.

As you enter the single player mode, you’re met with a cinematic explaining your characters back story, and how they landed themselves at the Deathtrap Strongholds, the forts you have to protect. You really get the sense of involvement into the story, and as the game places you on the map as your character, instead of above and out the game like a typical tower defence game, the game immerses you a lot more than you expect, a very nice surprise indeed. Every map is very different and interesting, and being free to roam around and explore in your own time comes to a great advantage as Deathtrap offers extra challenges in certain levels to defeat extra side bosses during waves of enemies, that you usually have to teleport out of the main area to try and take down. I really love this feature, because there’s another part of defending your fort that needs you to have it covered without you being there for a period of time so you can completely leave the area, and it’s definitely exciting to pull off. The game plays very smoothly

The single player is the meat of the game, but there’s quite a bit more to Deathtrap that meets the eye. The game also includes online Cooperative move and online Verses mode, that do exactly what you hope for, delivering solid games. The only downside is the search engine isn’t the greatest and there isn’t the biggest pool of people online to play with, so finding a game online might be hard, but with friends the game is definitely a lot of great fun.

As well as this, there’s an editor mode that lets you create your own maps to play on, and the designer is very well implemented. The freedom to create levels to your own liking is great, and the ability to customise enemies with their own abilities and wave combinations is really great too, and creates a new level of challenge for you and your friends.

Outside of the game, the options give you good flexibility for changing elements of how you play the game and great rebinding options. There’s also greyed out ‘DLC’ box at the time of review, meaning that if you were to ever squeeze the most of the game, there will be room for more in the future, which is going to be great for players that really dig deep into the world. There’s also a developers blog and forum access directly for the main menu, which is great for the developers to connect and keep players updated and connected to the Deathtrap world, and to top it all off the music and audio of the game has a very nice twist, and has been thought out well, adding details and high quality sounds to elements of the game you might not expect.

Deathtrap has taken the tower defence mechanics and added a unique twist and style to their world. The detail to the game is at a very high level and you really get the feeling the developers have gone out of their way to give you the most out of the experience, taking everything an extra step further in way that gives you a lot to do without over powering you with too much. At the end of the day, it’s a great pick up and play tower defence game, that still gives people the opportunity to dig deep and get quite competitive with. I had a great time playing it, and you probably will too. 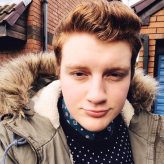 Hey there! 21 Year old with a BA Honours degree in Music Production. Gaming and Music are both my passions and my hobbies. When I'm not working on new tracks of various genres, I'm playing video games with my friends. I was brought up on video games from very young as my father is a professional games designer and programmer! My love for all platforms and most game genres gets me trying new games a lot, and sometimes that helps inspire some music work too!

Roto - A Look at the Motorised Virtual Reality Platform