Better late than never, the summery season of indie gaming has well and truly been kickstarted by the recent unveiling of Limbo. It’s a place that many people have heard of, both in literature and in filmography, but now the gaming world has decided to take a gander at it, with shocking consequences.

Set in a world of fiction and fright, Limbo soon introduces itself as a minimalistic and rather immersive title, unlike any other that players would’ve experienced before. The theme of the game becomes instantly apparent, and despite it being baron of colour and dialogue, it is anything but boring.

When the player is first thrown into Limbo, they step into the shoes of a small silhouetted boy, with white piercing eyes which remain his only detached piece of apparel apart from a small fringe and clothing outline. His presence in this strange new realm is far less obvious however, and even in the games description the Danish developer PlayDead have provided their audiences with nothing more than the short tag line of ‘Uncertain of his sister’s fate, a boy enters Limbo’. Short as it may seem, this memorable phrase does lend an aim to the game, but it finds itself alone as far as dialogue is concerned, as even our main character is simply referred to as ‘the Boy’.

Designed with a black, white and grey colour scheme, the game certainly creates its own mood and style, and is aesthetically pleasing, especially where environment is concerned. Although the young gadder is nothing more than a black shape, the detailed forests and slums that surround him look and feel superb. Small shreds of grass and tumbling gravel create a euphoric atmosphere that might just tear your attention away when you need it most, especially where spiders are involved. Even those fortunate enough to have played the free trial will be aware that our protagonist does occasionally run into an undesirable arachnid, who is more than happy to impale you at every opportunity. This again is addressed by a beautiful physics engine, which make the dark outlines of almost everything seem eerily real and unforgiving. Ropes, chains and general rubble act surprisingly well, whether you are swinging from them, or more importantly running from them as the world of Limbo attemps to thwart you.

As far as gameplay is concerned, a few minutes into the games paces will reveal how quite basic, but well utilised the control schematics are. Not unlike previous two-dimensional platforming games, running and jumping is the order of the day, and while the grab button is also weaved into the games mechanics for pushing and pulling bear traps, the true nature of the game is generally based on timing and puzzle solving. These puzzles fail to ever become ‘samey’ and tiresome however, and infact every new trap and threat always feels fresh to the games layout, aswell as actually making sense to what is happening around the boy.

Along with being disturbingly dark in visuals, the game can also be rather grisly and unyielding. The obvious lack of colour and textures has allowed the developer to animate every moveable object and being with a near flawless outcome. This does also embrace the darker side to the game, where the player may find themselves beginning to care for the young lad as he finds himself being sliced to pieces, tumbling from great heights and meeting his end in a polished and gory death. Throughout the forest scene for example, lay a number of bear traps that must be moved and manipulated in different ways in order to progress. Unaware at the beginning though, you may find yourself casually strolling around before accidentally stepping into one of these traps, which engulf the boy, severing his head from his shoulders and sending a helping of blood from his torso, which then slumps lifelessly into the grass, which highlights the desired malice of the title. As eerie as this may sound, it is accompanied by many other perils that feel wonderfully natural in such a scary place, some as simple as water which the main character finds himself unavailable to swim in in a world that is both pretty yet violent.

No matter how you look at this game, it is undeniably beautifully and can overcome the most confident of players. With near perfect animations and embracing a new art form of game design, you can truly see why it is being praised as such a triumphant arcade title, receiving ten out of ten in a large number of review perspectives.

Easy to use and very successful in what it does, the control scheme works well with what the games genre. Needless to say, there are titles that exist that incorporate a lot more immersion for the same price.

A well-paced platformer, Limbo contains a vast amount of superb scenarios. But with the story playing such an important part, teamed with the games short play-time, it may become old quite quickly.

Unlike any other small-time developer, the Danish based ‘PlayDead’ have made use of their time that wasn’t spent of texturing, and created something that is both beautiful and captivating to look at, along with superb animation that forces you to take yet another step further into Limbo. 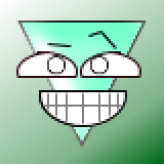