Montague’s Mount is a first person psychological horror exploration puzzle game. It’s gallant effort by independent game developer Matthew Clifton (Polypusher Studios). It sells itself as a very atmospheric and emotional experience, making it one of the very few prominent Steam Greenlight titles I’ve cared to vote for. Nevertheless, similar titles to have come out of Greenlight – such as The Chinese Room’s Dear Esther and Dreampainter’s Anna – have arguably failed to deliver the

perfect horror game experience, either due to lack of story, gameplay or poor pacing.

You first find yourself washed ashore and injured on the beach of an Irish island, with very little knowledge of who you are or how you got there. After briefly staggering around, you are able to fashion a makeshift crutch and amble through the unsettling wastes of what appears to be a recently uninhabited island, in search of clues to your identity and the isle’s dark history, solving an array of puzzles along the way. The lack of mobility creates a feeling of helplessness as you shamble through the sand, examining the wealth of items and debris littered across the rain stricken wilderness. However, the sluggish movement has an undesired effect on pacing, making the more confusing puzzles more grating as you find yourself hobbling up and down the same strip of beach, backtracking for an item or device. There appears to be a twisted logic applied to the design the puzzles, which achieves a bizarre sense of surrealism. Most puzzles will require a much more creative approach though sometimes they’ll just take a little more patience to complete than anything else. For a story driven game, the writing is poor and dialogue is unfortunately scarce, especially when you compare it to Dear Esther, which is not necessarily a bad thing, as the story is no way as intricate to warrant that amount of prose. Although, alongside the puzzles it’s only just enough to keep enduring players interested. Throughout the game you have several supernatural encounters, which don’t do much besides try to scare you.

There is no combat and very little interaction with the ghosts, which removes any sense of threat and makes their presence in the game seem only for shock factor, disappointing as they seem to be the only potential scares in the game.

The island looks amazing, when you can see it. Most of the time, environments are too dark to see anything and that makes it difficult to find or identify important objects, and adjusting the gamma in the game’s settings does little to help. Furthermore, at what seem to be random intervals, the character will start coughing and your vision will begin to go hazy and monochrome, which does nothing but act as a nuisance to what is already poor eyesight. In spite of this, the ruined buildings, their decrepit interiors and the animated greenery are stunning. Once or twice I jumped at the sight of movement outside one of the buildings only to find it was the shadows of the swaying trees. Being an Irish island, the native language Gaeilge (or Gaelic) is used on signs and also on the interface when referencing object names. The combination of isolation and unfamiliarity accomplishes a sense of hostility between the player and the alien environment.

No doubt about it, the music is stunning, the smooth piano solos succeed in creating a eerie yet dismal atmosphere, and builds up both emotions and tension at the right moments. Sound effects are realistic and very high quality, however they begin to get repetitive with the game play, the sounds of unlatching and opening gates will seem all too familiar very early on in the game. The voice acting is great, TV actor Derek Riddle narrates beautifully, and does his best with the script he’s given, though later on in the game it begins to sound like someone simply reading from a script.

Montague’s Mount falls flat in so many areas, including the story, which all interest is lost due to the poor pacing and lack of progression. With the game ending on an unimaginative cliff-hanger, one can only wonder how much time should be invested in its sequel. The promise of a thoughtful psychological thriller goes undelivered, as so many questions posed go unanswered, and I personally wouldn’t be surprised if we were given just as little closure in the sequel.  Ultimately, I wouldn’t even prescribe this to even the biggest of horror fans until they had first played Dear Esther and Gone Home, which while they aren’t perfect, they at least excel at their purpose: creating a world to explore, without having to force puzzles and cheap scares to keep the player invested. Montague’s Mount is a good example of how a British voice actor and moody atmosphere can’t carry a game of this scale. It is retailing at a modest £6.99 ($9.99), so it warrants a try from the very patient, die-hard horror fans who can make do with a not-so-polished experience comparable to Dear Esther. 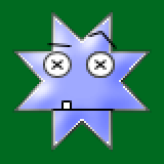