Let’s say you have a game you want to market, or a gaming website, or gaming YouTube channel, or maybe you are working on behalf of somebody else. Whatever the case may be, here are a few top marketing tips that the team at Resumeble.com have found to be most effective.

Have this tattooed on the inside of your eyelids with glow in the dark ink so that you see it every time you close your eyes. Gamer cons and E3 have now become a drudgery because it is all fireworks and no substance. As Resumeble experts have reported time and time again, people walk away knowing less about a game than when they arrive because developers, publishers and producers show big bombastic cut scenes and no actual game play.

Plus, for those of you putting out edited game play trailers, we appreciate your effort, but if part of your game is a little dull, then go with it. For example, the horse elements in RDR2 were cut from trailers because they look a little dull, but while playing the traveling part is the best bit. Will I run into a creature I can hunt, will I hear a robbery, will I come across somebody in distress? The developers didn’t know how to communicate this type of excitement, so they cut the horse riding almost completely from the edited game play, and they didn’t need be so worried. In short, show us game play and let us be wowed by the cinematic when we are actually playing the game.

Some game developers are using intersectional feminism to win higher reviews on the access media. It seems like a good idea, but the gaming community is very close-knit and acts out very viciously against any sort of pandering.

People do not need to identify with the characters they are playing. That is why people do not dress as bandicoots or hedgehogs, or stunted plumbers. Tomb raider had a cult following in the 00s that was mostly men, not transgender men, or men who wished they were women, it was men because they loved the character. When men and women play RPGs, they do not always pick the same gender as themselves, or the same race, be that race human or ork.

Concentrate on the game. Concentrate on showing why the game is great, and it won’t matter what avatar is used, male, female, trans-dimensional, or otherwise. Market a game based in its merits rather than trying to pander to the access media.

Just look at the many corpses floating down the river of marketing, and you will see how humor has failed to connect. The new Duke Nukem Forever’s funny adverts fell flat, and the comedy in the 2014 Dungeon Keeper ads were a bust. Fallout 76 tried to be funny to cover the massive holes in its game, and it only made the problem worse. Look back at all the ads that tried to either be funny or show the funny content in games. Where are those games now?

Also, before the comment section lights up. Yes, mobile games tend to take a funny edge in their adverts, but they only get away with it because their games are free. If you are giving away your game for free, then you can risk a bit of humor.

4 – Assume Every Player is an Expert

Ever noticed how annoying it is playing a Zelda game because almost every iteration treats the first half of the game like a long tutorial. In effect, the developers are looking down on their players and treating them like they have never played a game before.

Looking down on your target audience is probably the worst thing you can do, especially in the gaming industry where people talk (and boy, do people talk). Believe it or not, if people do not understand something, or miss something from a game advert, they will actually look it up. There are Wikis dedicated to every facet of gaming for this very reason. You will receive a better reception from gamers if you do not hold their hand (just look at the Dark Souls series).

5 – You Are Marketing a Fantasy

When people play a game, it is fantasy fulfillment, and you should use this fact in your marketing. Remember the old saying, “Sell the sizzle, not the steak.” Well, when marketing a game, you sell the fantasy, and you show how the core game play helps you achieve that fantasy. We all wanted to be Spiderman and Batman, and those games sell really well, coincidence?

Conclusion – Be Part of the Gaming Community

You should know what it means if a game is 4X, Rogue-like, Souls-Like or FTL-like. You should understand what the black screen of death is, or permadeath, ganking, cheesing, save scumming, and even greifing (if you are a Minecrafter). There are developers out there who proudly boast they have never really played video games, which they think means they add innovation, but what it really means is that they make the same mistakes indie developers were making ten years ago. If you really want to connect with the gaming community and market to them, then become one of them. 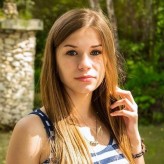 Ava Williams is a career development specialist. She is interested in traveling, online learning and courses, and the job industry. Ava enjoys writing on education, career, and blogging tendencies. Find out more about Ava’s work by visiting her career blog. You can also follow her on Twitter and LinkedIn.

BRUNCH CLUB Arrives on Xbox One and PS4 on 11 August