The Great Perhaps is a little indie game by Caligari Games.

You play as Kosmos, a Russian cosmonaut. The story starts off with an opening cutscene that immediately sets up the story and the art style of the game.

While onboard a space station orbiting the earth, you witness a global catastrophic event. A black smog envelops the planet and you lose all communications with the ground.

So what does Kosmos do? He puts himself in cryo sleep for 100 years in the hope that this will all blow over. However, from what we have all learnt from recent events is that things never tend to blow over and go away. Kosmos wakes up to find that earth still in disarray. This then leads to his decision to fly down to the planet with the hope of finding out what happened.

The game is essentially a side scroller. You move forward across the screen in order to progress the story. However, the main mechanic that sets this game apart from other side scrollers is also its main strength, and this is the use of time travel.

Shortly after setting foot on earth and learning the controls, you come across a mysterious lantern which gives you the ability to phase back and forth through time. This gameplay mechanic also adds to the story in giving the game more depth by being able to see locations in the past and the future at the same time.

This mechanic also comes in use in order to overcome obstacles. While moving through the present and you come across an obstruction of debris stopping you from moving forward, simply phase into the past where the path is clear.

It really is the game’s greatest strength, but it also is its only worthwhile mechanic. The controls are very limited. Left and right is your movement, X to phase through time B to jump, Y to throw something and A to interact with an object. There are no weapons in this game, to fight an enemy. While initially, this can seem like a drawback there is also a reason for this. If an enemy in the future or past is coming to attack you, use the lantern to phase through time, thus averting danger. While this is the games main and only real mechanic, it is also a useful and creative one.

One of the key features that I love about this game is the art style. The character designs are very reminiscent to that of Family Guy and Fallout shelter, which brings a slight element of humour in an almost sombre apocalyptic setting. The use of colour, as well, is very integral in the art style. The past is very colourful using a mix of bright and vibrant colours, whereas the future uses a mix of greys and browns. This allows you to instantly recognise the past from the future by detracting one from the other.

When it comes to sound, the voice acting of Kosmos and L9 (you’re A.I.) is very well acted. When it comes to other characters however, they sound like they’re struggling to place their own accents. Only from the location and games art did I assume the game is set in Russia, however, the accents sound like their phasing between Russian, American and bad English. The music, on the other hand, is brilliant and atmospheric. During the closing section of the game, the music really adds to the edge of your seat suspense.

Now arcing back to the gameplay, there are a few puzzle solving sections which are basically a form a pipe mini-games, very simple and very easy to complete. One annoying aspect of the game is that you can very easily keep dying in certain sections of the levels. For example, you have to get past a bear to progress out of a zoo and if you don’t know what you are doing you will keep dying over and over again. Some things are just not that clear.

All that aside, my main criticism of the game is its length and its ending. I finished this in one sitting in under an hour and a half. It is a very, very short game, with very easy to acquire achievements. So there is little to no reply value unless you have missed an achievement, for which you can then reply that particular level again to acquire it via the games main menu.

It’s just the ending that left me with such disappointment. Don’t get me wrong I completely understand that the developers intent was to have an ambiguous ending which would make you really think about it after finishing your playthrough. The fact is that it just ends. It feels very rushed, and there are a lot of unanswered questions. Throughout the game, the story was immersing me into this world and leaving me wanting to learn more about it. The fact that the game just ends with not even an explanation on certain plot points is very underwhelming. Which is sad, because the ending aside, this is an absolute gem of an indie game that was fun to play.

The Great perhaps gets a 6 out of 10 and is available on Steam, Nintendo Switch, PlayStation 4 and Xbox One. This review was based on a playthrough on Xbox One and is currently retailing for £8.39 on the Xbox marketplace.

The Great Perhaps tells the story of an astronaut returning to Earth destroyed by natural cataclysms. There, among the ruins he finds an unusual artifact — an old lantern, in the light of which you can see glimpses of another time and travel to the past. Experience constant time traveling between an empty, melancholic scenery of the post-apocalyptic Earth and its vivid days gone by. The hero will face the danger in the post-apocalyptic present, as well as in the past. Help him on his journey to find out the true cause of the disaster and save the planet! 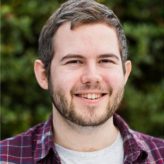