This Is The Police Review | Invision Game Community

This Is The Police Review

This Is The Police is a Strategy Game developed by Weappy Studios and published by Nordic Games/EuroVideo Medien. You play the games through the eyes of a by the books police chief Jack Boyd (voiced by John St. John, Duke Nukem himself). Follow the story of Jack’s 180 days before retirement as he juggles his work with bribes from the Mafia, requests from City Hall, the pressure of his private life and more as he tries to scrape together $500,000 to retire on. As he himself says: “Everyone’s looking to make a million, I figured I’d try something different.”

The introduction you see as the main menu loads up perfectly sums up the game. It sees Jack walk into a Mafia owned bar and you watch a tip he hands out get passed around the room as he narrates explaining away his justification for entering the bar. The premise of the game is interesting by itself, telling stories usually told from the perspective of the criminals or detectives or even the officers from the perspective of the chief. The big bad boss with a cigar demanding he sees pictures of Spiderman! Jack Boyd has a hard private life, his wife left him for a 30 year old lover, their relationship isn’t all that great, his 2nd in command is a Mafia informant and to top it all off he hasn’t a penny to his name.

As Police Chief it is your job to send out officers onto the scene of any crimes, oversee detectives in their investigations, respond to requests from the Mayor or City Hall and of course to line your own pockets. After all you’ve served the city your whole term, it’s only fair that you look after yourself… There are two shifts to this game, shift A and shift B which alternate every other day. On each shift you have a certain amount of officers and detectives at your disposal. There can only be so many officers and detectives on call at any one time and so the strategy aspect of the game comes in the form of resource management, balancing which officers to send where and which calls to ignore as to not put your officers at risk. AND ON TOP OF THAT, you have to balance requests from various factions throughout the game. The Mayor wants an officer to maintain order at the screening of a new film? Ok sure, oh damn now I have to answer this call undermanned… Oh bollocks an officer was killed in the line of duty! These are the decisions you need to make and this is how they affect you in the long run. Always you need to remember the goal of the game is to make that $500,000 to retire on. Whether you do that by the books taking down gangs, under the table ignoring Mafia activity and taking bribes or in a balance of the both is entirely up to you. Both come with their perks and their drawbacks, it’s up to you to make those calls. The game is in no way scared of dealing with controversial issues which I have to respect. The first of which I encountered was the rise of a racist pressure group looking to remove all black people from the city of Freeburg. I had a request from City Hall to fire all black officers in order to stop them from being the victims of a hate crime. I refused of course, hell I ain’t getting rid of some of my finest officers that I had spent the past two weeks training up! Especially when the recruits would be so much worse… Speaking of awful recruits I should talk about how dispatch calls work. Each officer has a point value for how well the officer performs in the field. The higher the score the more likely they are to catch the bad guy. Most dispatches will allow for more than one officer to be sent and so I typically fired the god awful ones (with >50 points) and the others I paired up with higher ranking officers as after every dispatch they either gain points for succeeding or lose points for failing. Some favours you can do will also net your officers points, or not… One officer gained 90 points from attending a shooting competition, and another officer quit to become a bouncer for a nightclub. (Although I sent that officer because he was crap anyway so no harm no foul since I got $4,000 out of it :D). My only big criticism of game mechanics would be the detective cases. For every case you get you have to fill 3 slides into a storyboard of the crime to figure out who the perpetrator is. The problem with this is that you get 3 slides each shift with a maximum of 16ish. Thing is that these slides are randomly generated, and so it can end up taking weeks to generate the right slide to go onto the board which when it occurs can be tiresome. The eyewitness testimonies can sometimes be pretty damn vague as well adding to the confusion.

Needless to say that the voice acting of the game is astounding. Hearing Jack tell the Mayor’s assistant “Go fuck yourself Troy Starr.” is easily one of the best lines in the game. John St. John really captures the character of Jack Boyd as do the rest of the cast as is needed by a particularly narrative driven game. It’s important for a game like this to have believable and interesting characters and This Is The Police pulls it off without a doubt. Artistically the game is drawn like a sort of comic book with frames and narration over it, the faces are never detailed with eyes and the like… It’s nice, as if they’ve been censored naturally. It fits the theme of the game perfectly. And of course the soundtrack comes with a wide variety! A wide variety of all of your Grandpa’s favourite tunes from the late 40’s or early 50’s or something. I don’t actually know, but it’s good, Jack Boyd would definitely listen to this, whatever it is. It isn’t Katy Perry and as long as that continues I’m happy at the very least.

This game has spectacular storytelling, great voice acting and perfectly balanced management mechanics even if the criminal investigations are a bit lacking. I give this game a solid 8/10. A good 25 hours of gameplay at least, with great potential for a movie tie in if someone were so inclined. Perfect for those gamers who love a good story. 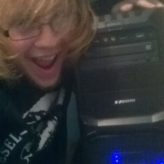 Part 1 – The Legacy Of Rockstar Games Grand Theft Auto, what springs to mind…