Continuing our recent roll in reviewing audio headsets brings us to the Tritton XBOX 360 Warhead 7.1 Wireless Surround Headset. This brand new offering from Tritton is exclusively licensed for the XBOX 360 and comes packing access to Microsoft’s proprietary wireless chat system. Which, buzz words aside means that the headset is completely wireless from both the console itself but also doesn’t need a cable connected to your controller. Going a step further the license also brings integration to the console itself allowing you to match the headset to the controller you’re using and allows for a battery level indicator right next to your controller battery level in the guide menu.

The two rechargeable Lithium Ion battery packs that come included are reputed to provide up to 12 hours of gaming. I haven’t yet reached the point that I needed to switch out the fully charged pack I started with. That of course speaks well of how long a charged pack lasts. Recharging the batteries is also made simple with the base station that not only acts as your charging station but is also full of pretty lights to indicate a whole slew of information about the headset while in operation. From the ring light to let you know which controller you’re sync’ed to, if you have the digital audio and 3 possible equalizer settings in play, but also the charging status of the battery pack you’re recharging.

Moving past the base station with it’s assorted bright shiny lights, let’s get down to the headset itself and drill down deeper. First things first, before we get into all the dials, switches, buttons and toggles let’s talk about one of the key things when it comes to headsets; comfort. The Warhead is heavier than the average bear compared to other headsets, however that difference in weight isn’t really noticeable while wearing them. This is likely due to both the battery pack placement in the right side earcup, and the technology behind the 5.8GHz wireless functionality and the Dolby Surround Sound system. The over the ear design is pretty comfortable and does help cut down on outside noise invading the sound and music pouring through the headset.

If I had any one complaint about the comfort of the Warhead headset design, it’s that the headband could use some additional padding as it isn’t as comfortable over long term play sessions. Of course this could simply be a matter of simply adjusting to the feel of a new headset and ‘breaking it in”, however more padding on the top of one’s melon is always nice. Overall on a comfort stand point, the Warhead headset is still pretty comfortable and most of the buttons and dials are easily accessible for quick toggling during play.

Speaking of buttons, dials, and toggles, there is a fair few built into the headset that are placed at various points around the headset. On the inside as the picture above reflects the power and syncing buttons are located above the earcups one to a side. The microphone toggle is right on the front of the microphone where it connects to the set which is fairly convenient. Going left to right the front of each earcup sports a button while the back of the cups holds the volume controls. Left front is the audio input toggle to select between analog and digital sound. Left back is the Voice communications control and when pressed in will switch on and off the SVM (Selectable Voice Monitoring).

Right front holds the Dolby control button to select between the Dolby modes of Stereo sound, or Pro Logic 11x Game 7.1 Audio sound. It is also used to toggle the 3 EQ modes for Dolby Digital 5.1 Music, Game, or Movie audio sound. Right back is the game audio volume controls and of course when pressed in will mute/unmute game audio. While the buttons you’ll use most are within easy reach it can take some time getting used to how they’re laid out and might lead to some interesting cases of sudden audio mode changes or accidental muting of voice communications. The final bit about the headset design itself is that the earcups do rotate a fair amount to help protect against strain if say your kids try to pull them off your head unexpectedly.

The Headset: Sound, Sound on the Range.

Alright, now that I’ve made your eyes glaze over with the run down on the design features of the Warhead 7.1, let’s get to the part you really want to know about. With any headset and especially with wireless sets, it all comes down to how good is the sound and how much range do you have. With the Warhead the specs read out as an effective range of 10 meters (33 feet for you Imperial people) in all directions. Putting this to the test I did a walkabout around the house and even ventured outside. Within the specified range the sound was excellent with no interference or loss of fidelity. Beyond the 10 meters sound did start to cut out or suffer from interference provided I kept moving. I walked halfway across the street from my house and still had a connection even being out of doors with walls and assorted electronics between myself and the base though connection started getting intermittent the further I went until complete loss of connection.. Not that anyone is likely to travel outside the effective range very often, it’s still a pretty wide area of use and good solid connection.

Game audio, with or without the digital 7.1 or Dolby 5.1 output is still clear and performs marvelously. With the digital engaged, and set on the Dolby 5.1 Game EQ on I have to admit I am pleased with the sound both for game audio and voice communications. The audio quality for game audio was excellent with good recognition between a game’s music, sound effects, and ambient effects that can occur. Clarity between the distinctive sounds that can blend together on some sets isn’t an issue and you can distinctly make out the difference between an explosion off screen to the random commentary of an NPC or the sound of footfalls behind you. All in all however, I was impressed with the sound quality and fidelity even at the maximum optimal range from the base station.

The audio pick up of the microphone was clear and had good sound capture close by though it did pick up background noise within a certain volume level. (Read: Children calling out from the other room for a drink.) Voice quality for others coming in is nice and clear and providing they’re using quality equipment of their own, it’s all gravy for chatting and with quick use of the volume controls you can manage the sound coming from both game and voice sources easily.

The only complaint I could put on the Sound quality and functionality is that the high end of the volume isn’t as high as other headsets, which isn’t entirely a bad thing combined with the over the ear cup design, however the urge to want to crank a game’s sound music isn’t as loud as some might prefer. Myself of course I don’t mind all that much, I’m not exactly a young kid anymore so it’s probably for the best I’m not slowly killing my ears with massive tank explosions or the wild screams of the dying.

In the end, I can easily say I’m impressed with the Warhead 7.1 headset and was pleasantly surprised by how solid the wireless connection is. The main drawbacks I encountered is the above stated need for perhaps some more padding for the headband and a higher volume range. The one point that could hold back the average gamer is that the Warhead 7.1 headset does carry a hefty price tag. Set at $329.99 CDN ($299.99 USD) puts it in the upper range of wireless headsets right up there with offerings from Turtle Beach and other. While it’s a pretty good investment for gamers who want the latest and greatest it might be a bit on the pricey side for your average xbox’er. Though in that price comes the headset, the base station, the two rechargeable batteries and solid wireless performance it can be a point of contention for perspective shoppers. Like everything in life you get what you paid for so despite the price point,  all you audiophile xbox players, the Warhead 7.1 headset might be just what you’re looking for. 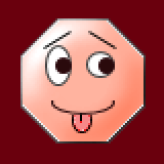 DayZ : The end of the beginning