The 7 Top Gaming Industry Trends Of 2021

Thanks largely to the pandemic, gaming has never been more popular, and the industry is booming. Here are 7 of the most important gaming trends impacting the industry of 2021.

Over the last several years, game subscription services have become quite popular. 2020 saw a lot of movement on this front with the launch of Amazon Luna, Project xCloud coming to Xbox Game Pass and EA Access/EA Origins combining and rebranding to EA Play.

The focus in 2021 will be on how these services differentiate themselves, as there are so many similar services available. This is where content will be crucial so as to ensure a service has the best value for consumers.

Inclusion and accessibility in games has been at the forefront of the gaming industry conversation for awhile now, and 2020 saw an increase in games which strived for more inclusive representation and the trend will continue into 2021 and beyond.

Titles like Spider-Man: Miles Morales, featuring an Afro-Latino protagonist and Hades, where the Greek Gods are portrayed with a variety of different backgrounds. Titles like The Last of Us Part II and Tell Me Why included LGBTQ+ representation. Indie games represented different cultures not often seen in video games such as Raji: an Ancient Epic, set in ancient India. ‘These changes are ensuring video games really are representative and accessible for all’ says Renee McKenzie, a project manager at 1 Day 2 write and Brit Student.

With the pandemic cancelling many live sporting events, many have turned to esports, where people go on a platform, such as Twitch, and can watch their favourite streamers play their favourite games for free. However, this newfound interest in esports isn’t all positive- namely, how does one profit from a mostly free platform. Live gigs, sporting events, and the like generates some serious revenue.

For 2021, the industry will need to address the revenue question, while retaining the new larger audience and monetising them to create a more consistent revenue stream.

‘Downloading a new game can take hours, sometimes your hardware may not be up to snuff, or there is not enough room on your PC or console for a new game’ says Ricky Winfield, a tech writer at Origin Writings and Write my X. The solution: cloud gaming. Cloud Gaming bypasses all of these issues as you are streaming the game in real time.  Cloud gaming isn’t just beloved by consumers. Streaming services, like PS Now give Sony a valuable recurring revenue stream. It also gives publishers a way to monetize old games.

No list of gaming trends would be complete without discussing the next generation of consoles that launched last year: Xbox Series X and PlayStation 5.  Also, another console has been thrown into the mix, the Nintendo Switch. The release of Animal Crossing in early 2020 made pandemic life so much better, and with some big-name releases in 2021, the Switch be left out of the competition. Still, with the PS5’s SSD and the Xbox series X ‘Smart Delivery’, this battle is far from over.

6. Early Access and the impact on the game development process.

Research published in Empirical Software Engineering, approximately 15% of all games offered on Steam are “Early Access”. This figure is set to grow significantly in 2021 and beyond. Players love early access because they can play a game sometimes even years in advance. Game developers use early access to get accurate player feedback, which ultimately can improve and change the game entirely, making it more successful. Rimworld, for instance, became one of Steam’s highest-rated games largely thanks to an Early Access-focused development cycle.

7. Indie games now have platforms to play on.

Indie game producers can now easily distribute their new games. Roblox is like Steam but for indie game developers and players. This has allowed titles such as Among Us and Stardew valley becoming bestsellers.

Gaming is a part of most people lives. These 7 trends are set to continue long into the future, bringing waves of positive change for gamers, game developers, and the industry as a whole. 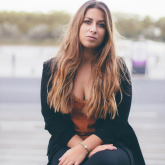 Kendra Beckley, a business development manager, and editor at Write my case study and Thesis writing service, helps companies enter a new market and build long-term relationships with partners. She also writes articles on various topics at Next Coursework.

Unlike other video games, Minecraft is a complete universe all by itself. Imagination and creativity…