A Retrospective look at WWE 13

Did I really just do this again?

That is the thought that crossed my mind after playing WWE 13 for an hour. Every year WWE drop a seemly promising game onto the shelves, guaranteeing the best video wrestling experience ever.

The latest shot at pure wrestling perfection developed by THQ was released in November 2012. Having the opportunity to relive and play through the most exciting era in the WWE known as the ‘Attitude Era’ was the big selling point.

During the mid 90’s through to the early 00’s professional wrestling was hot. The industry was developing into something never seen before. It was growing and was reaching more viewers than ever.

In this time the WWE was in constant battle with rival company WCW (World Championship Wrestling) in the ratings.

Increased competition meant that the WWE had to become edgier and pushed the boundaries of tasteful entertainment.

It gives you the chance to re-enact some of the most icon moments in WWE and wrestling – during a time where many were asking if you could smell what The Rock is cooking? And being told that, that’s the bottom line ‘coz Stone Cold said so.

Attitude Era mode is the closest any WWE endorsed game has ever got to giving the player a sense of realism. This is mainly because the scenarios have already happened so they are believable. In the past the storylines seemed boring and predictable because it just looked like the stories were a bit of an after-thought.

Thankfully, the game-play benefits greatly because you can be so easily pulled into the story. It just feels so authentic.

Outside of the main event, per say, it is much like as you were. The controller setting and button configurations are the same as WWE 12.

Brawling is simple. The attacks are divided into strikes and grapples. The environment and the direction you select determine strikes.

Grapples are more complex. They are split into two types of grapples – light and heavy. The light grapples are quickly executed and helps wear down an opponent’s body part.

Heavy grapples require more work. You have to choose whether you want to just slam down your foe or you can target a specific body part.

Every button has a specific task in targeting an opponent. By holding the right bumper you are shown the ‘pain map’ of your opponent. The colours on this map change according how damaged a body part has become. Clear = no damage. Red = critical damage.

This system works in the sense it allows you to pick apart the person your facing off against, but it just feels so sluggish. In fact it completely slows down the fluidity of the game.

It feels as if the game is expected to do far too much. The amount of possibilities and potential outcomes when it comes to move sets and combination attacks are just too high. Every attack can be influenced by the size of the wrestler you are, the size of the wrestler you are against, where in the ring or arena an action takes place, what objects are near by, even the amount of damage you have inflicted affects things. The list is actually endless.

As with previous years, there is a continuous career mode. This is called ‘Universe Mode’. It plays out similar to how WWE runs their weekly programs and Pay-Per-Views.

Created with the assistance of legendary wrestling promoter Paul Heyman, it has many options and roads that a player can take in their quest to become the greatest of all time. Decisions you make within matches and backstage segments can change the outcomes of situations. Though this kind of thing is becoming common practice with many releases, this is actually a first for a WWE game.

Additions like this make sure the game is unpredictable. In fact, there are over 200 storylines for players to take part in. So I (and many others) would be surprised if you were able to play them all.

The changes in stories, injuries and character changes could lead to the ‘universe’ becoming overly complicated. If this does happen there is the option to reset everything, but not start again.

Being able to take advantage of the multiplayer aspect of the game, or any WWE game, has always been enjoyable. It’s easy to pick up and is insanely fun to throw a guy off a 15ft ladder. The appeal of it is that; you don’t have to know how to play, you might not even like wrestling at all, but get a few friends to play against and hours of fun can be had. This has been the case for many years now.

Annual releases of video game franchises can be seen as just another product for a company to force down the throat of consumers, without actually offering anything new.

With many of the best selling franchises like; FIFA, Call Of Duty and Tekken, this is the case. Every time a new release hits the stores, gamers are promised something new, which completely changes playing experience. The reality is that this doesn’t happen and those who brought the game is left feeling cheated and short-changed.

Unfortunately, WWE 13 feels like this. Yes, there are overwhelming positives when it comes to the ‘Attitude Era’ and “Universe mode’, also the multiplayer is always entertaining – However, the overall mechanics and flow of the game is disappointing.

So, referring to my original – Did I really just do this again?

By “do this again” I’m referring to buying the game expecting something new. Which of course, as history suggests, there was nothing new or exciting.

I do it because I am a pro-wrestling fan. And before you scream it’s ‘fake’ for the celebratory 10,000 time, it doesn’t matter it’s enjoyable. Besides, pretty much every kid who grew up in the 1990’s wanted to be a wrestler at some point.

I just hope that now 2K Games has taken on the WWE franchise (after the demise of THQ) that they can create something different, that fans will rave about.

This could even mean taking a year out and properly developing a strong foundation for the next game. The likelihood of this happening is about as likely as John Cena turning heel.

(Yes, that was a wrestling joke, people). 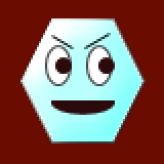