Earthlock is a 90’s style adventure RPG that flirts with our memories of similar games from that time but had a difficult start on its first release back in 2016. I didn’t know of the game till recently so I did my research to find out the reasons for the re-release this year. As i have found out, it’s great to see the care and commitment developers have for their games. Norwegian developer Snowcastle Games Listened to the feedback Earthlock: Festival of Magic (original title now simplified to just Earthlock) received and they themselves felt that the restraints of funding and cutbacks didn’t allow them to make the game that they wanted. So instead of plowing into a follow up game they went back and tackled the issues of the first for a new release. Anyone who had previously bought the game received a free new copy of the game.

They made quite a few changes that they felt necessary for the game. One of the main problems i found through diligent research was that the story and characters lacked a little depth. No one really got involved in the story and the dialogue needed some adjustment to bring them all to life. Here is a list of improvements taken from the steam page:

In a traditional RPG style Earthlock gives you an open world to travel across in top down view with cities and dungeons to visit. At the beginning you meet your first few playable characters while learning the ropes and battle system. Originally funded from a kickstarter this game is a western made RPG that holds a lot of familiarity from games like Final Fantasy and Dragon Quest, most notably for myself it sings of Final Fantasy 9 with its cartoonish design.

The game starts with a story of the past introducing you to the world of ‘Umbra’ that has been ravaged by war and led to only a few parts of the world being inhabitable. The old world has been reclaimed by the land and ruins are all that’s left of the past. The first character you meet is I’ve Lavender and her pet companion Taika. I’ve is the daughter of the general of the House of the Great Wave, an airborne militaristic force. Through her you learn about the battle system. You soon switch to Amon, a young scavenger and his uncle Benji while they scavenge a ruin. Your uncle falls sick and your own adventure truly begins when you meet Gnart, a hogbunny scholar for the House of the Owl Tide.

The storyline so far isn’t very informative or gripping, but you do adventure on. You meet friendly characters along the way that will form your total team of six playable characters. Each character does not have the most inspiring backstory or even great dialogue to share with you but it improves as you go on. Those of you that still think back to great storylines of earlier JRPG’s might find that this game is a bit lacking in depth.

In a cartoonish style that works well for Earthlock, the characters and environments look vivid and fresh while not needing to meet the high-quality graphics of AAA games so the focus isn’t shifted away from gameplay and story. The characters interactions with the environment are clean whether its opening chests or scavenging in scrap piles in the open world. The open world area is simple and colourful in all areas like swamps, deserts, and plains. The dungeons themselves are visually encouraging to explore and the monsters in the world are a variety of interesting forms that feel new and defined by the world they inhabit.

With no voices to go with the dialogue it certainly brings a similar feeling to old RPG’s, but with a lovely score to go along the tides and ebbs of the story and locations brings it all together. The sound effects in the game are simple but provide another level to bringing you into the game. The battle sounds do get repetitive with the numerous battles you get into as my partner mentioned more bluntly while playing. Overall there is nothing that truly stands out pertaining to the sound of the game but maybe it’s just lacking a little something that used to in similar games.

Now the game has been developed more some of the main new features are more apparent. With a host of new side quests available to complete along your journey, it adds a bit more flavour to the gameplay but still hasn’t bought anything amazing to the game in my opinion. They are simple quests that you can collect items on route to your next missions or later on you get to deliver a package that has a timer. Otherwise it’s collect and deliver with simple reward. Craftable weapons, I am a little disappointed with as there doesn’t seem to be many and shuns development of the character from that path, weapons mostly just benefit from a particular stance of the character.

The battle system itself is a unique take on the ability to change your character’s stance. They each have two stances with varied properties that allow to melee attack or use projectiles, for Amon it is his thief melee stance or an elemental gunner that shoots spuds. Make sure you keep a handy supply but you can always grow more on your private island. These stances can be changed before or during combat and allow you to deploy different tactics in attack, healing, and defense. Another unique trait for the game is the partner system. While fighting together two of your characters develop a bond that unlocks useful traits and talents. With a tile based system for developing your characters, you can choose how they develop and interchange the pieces to effects their stats at your convenience.

I haven’t found much of reason to replay the game, it was enjoyable but you aren’t forced to make tough choices, it’s a very linear game that you can enjoy and I’m not keen on grinding through the levels again.

It’s a good game and I did enjoy playing it but there isn’t as much depth as I would like in the story. It sounded promising and has a fairly interesting backstory but with ok dialogue and simple storyline, it didn’t blow me away. The gameplay itself was everything I wanted of the game though quite repetitive and simple but with unique features that were exciting to play around with. As a big fan of JRPG’s I am impressed with Snowcastle Games and looking forward to the next chapter in the story.

Refreshing take on the battle and development system

The world looks visually beautiful in its style

The game didn’t deliver a compelling story but would like to see it develop in the next installment.

Dialogue was mediocre and wasn’t engaging

A repetitive grind without much replayability 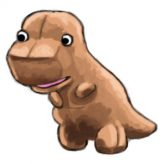