Runespell: Overture is the latest development from the indie games company Mystic Box. The game is currently released on Steam available for both PC and Mac and due to be released on other digital retail outlets shortly. Runespell packs a multitude of sub-genres into one brilliantly addictive game, with well thought out battle sequences and a story which provides surprising depth.

In an alternate universe riddled with an array of monsters and demons, the scene is set for Runespell: Overture. The game is based in England 1046 AD where the land is covered in a constant blinding blizzard engulfing the country, known as the “Grim Whyte”. It is within the Grim Whyte that your character emerges .You play as a character known as “the Changeling” belonging to a race known within stories lore as a “Wendol”, your memory has been erased and all you know is what is laid out before you; the white beyond and all the treasures, enemies and allies contained within it.

Within the first few moments of play the in-depth tutorials begin, covering every aspect of the game play including the unique battle system. The battle system is what really makes the game one-of-a-kind, it has some similarities to other games but the synergy and execution between the sub-genres is what makes Runespell different.
Throughout the story there are a vast array of different battles, with a large number being optional encounters found either via free-roam or part of sub-quests which don’t necessarily relate to the main story; these greatly improve the overall experience and your characters abilities for later battles. Encounters consist of two players, yourself as The Changeling and your opponent; though allies from the story can make short appearances, they do not act freely. The battle system is referred to as “Mystic Poker” where the aim is to use turn-based strategy to deplete your opponent’s health bar via a series of card-based attacks. Each player has 3 moves per turn as standard and can use upwards facing cards from either their own or opponents decks to make stacks. Once a stack of 5 cards is achieved they can be unleashed dealing damage, depending on the stacks composition. Stack compositions are arranged similar to that of Poker, with Pair and Two-pair dealing fairly low damage whilst a Royal Flush would deal a devastating blow. Since both players can potentially “steal” cards from one another it is crucial to secure the cards that you need while also plotting to hinder your opponent’s stacks. A card cannot be taken from the opposite side once it has been applied to a stack of two or more.

Although it may be slightly strange adapting to Mythic Poker, where the actual values of cards don’t contribute to the play, it is still an incredibly enjoyable though sometimes frustrating experience. Alongside the stacking of cards to deal damage, magic abilities and allies can be used to benefit play at the expenditure of Rage points. Rage points can be generated by both players by either taking or dealing damage, keeping track of your opponents rage whilst not wasting your own is a crucial part of strategic play (you may be being dealt a nice hand but it isn’t much use if your enemy can dominate you with magic). The story characters are also at your disposal via the Rage Points system and have an unlimited amount of uses, whilst other allies and spells you meet on your travels may be limited. As well as a strict number of uses, a large amount of spells have a set cool-down, where they cannot be used for a set number of turns to balance play.

Before each and every fight you have the option to manage your inventory and change out your “Deck”. Your Deck consists of the Magic cards, Passive Abilities and Allies required for successful play. Adjusting your deck can be useful if you are struggling to defeat an enemy or if you want to try and make your experience a little easier with the use of healing and defensive abilities. To complement the limited charges of some of the spells and the availability of the abilities there are two additional methods to obtain cards besides quests. The first of these methods is the merchant, which sells a large variety of cards and charges for a price, as well as offers side-quests for those with limited funds. The secondary method for obtaining additional cards is the use of treasure chests. Treasure chests appear within Mythic Poker and they can be opened once the player has reached a specific requirement such as; “obtain a Two-Pair”. The Treasure Chest method of acquiring cards is interesting and livens ups the battle system.

The game provides a solid set of graphics for both its animation sequences in fights and map movement as well as a beautiful series of still imaged art which accompanies the fight sequences, character interaction and town scenes. The detailed art style helps bring battle sequences to life as well as provide extremely attractive scenery and overall appearance.

The game managed to blend the RPG, adventure, puzzle and strategy elements with such ease and finesse it is unbelievable. Though it is sometimes frustrating with the card hands, the random nature of the game is fastened down with the structured play required from strategic spell and magic card combinations. The simple story is grasping with multiple options to dig deeper into the lore and back-story of characters for the RPG fans.

Overall, I believe the game is a fantastic purchase which can accommodate any style of player and any skill level. The game provides an immersive story, enthusiastic and enjoyable battle system and a unique outlook on the modern RPG genre. With free DLC including a multiplayer update in the works I feel that Runespell: Overture is going to be a massive player in the 2011/12 game calendar. 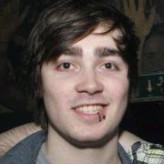 Runaway: A Twist of Fate Review