The 8 Best MMO Games You Can Play Today

MMO’s are a big-time investment. Leveling up, acquiring gear and even just reaching end game content takes a lot of time. All MMO games require dedication and commitment. If you’re looking for an MMO to sink your teeth into, it’s important to consider them all.

We’ve come up with a list of the 8 best MMO games you can play today, to help you make the right decision.

World of Warcraft is an MMORPG developed and published by Blizzard Entertainment. It was released in 2004. The game is available for the Microsoft Windows and macOS.

Players can have up to 10 characters across two factions, the Horde and the Alliance. The classes are distinct and unique, and can further specialize for certain roles using talent points.

The open world of Azeroth is huge and full of content. But the end game is where WoW truly shines. After an initial tier of dungeons, players can embark upon difficult 10- or 25-man raids. This concept of end game also makes WoW a very social game, where guilds are of the utmost importance.

Ashes of Creation is an upcoming MMORPG which is being developed by Intrepid Studios. It will be available for the Microsoft Windows, but the release date hasn’t been announced yet.

Players will be able to experience 64 different classes, which are unlocked by combining archetypes into unique playstyles and ability configurations.

The developers of Ashes of Creation have promised a unique story arc that will feature dynamic quests, which change based on the choices of players. Choices are consequential in Ashes of Creation, and the end goal is to have a world where everything is caused by the players themselves.

Star Wars: The Old Republic is an MMORPG based in the Star Wars universe. It was developed by BioWare Austin, and published by Electronic Arts. The game was released on December 20, 2011, for the Microsoft Windows.

Character creation is very detailed, and players can choose between 11 species to play as. Each faction has 4 classes, all of which have their unique storyline.

SWTOR is one of the most story-driven MMORPGs to date. It is fully voice-acted, and dialogue plays an important part in the game. As is expected of a BioWare title, players will be faced with a plethora of choices which will have an effect on the story.

Final Fantasy XIV is an action MMORPG developed and published by Square Enix. It was released in August of 2013 and is available for the Microsoft Windows, PlayStation 3, PlayStation 4, and macOS.

Players can enjoy a wide array of both PvE and PvP challenges, as well as location-specific large-scale battles. For those who want a challenge, the end game raids which require good gear and coordination will provide hours of entertainment.

Final Fantasy XIV is a great addition to a titanic franchise. This installment deserves its spot in the best MMOs in 2019 list.

The Elder Scrolls Online is a free-to-play MMORPG developed by ZeniMax Online and published by Bethesda Softworks. It was released on April 4, 2014, and is available for the Microsoft Windows, OS X, PlayStation 4, and Xbox One.

ESO is set in the immensely popular Elder Scrolls universe. The game takes place on the continent of Tamriel, and the storyline is connected to other Elder Scrolls games. Just like the rest of the series, it features free-form, non-linear gameplay, which is a mix of quests, random events, and exploration.

Players can choose from ten different races, split between three factions, and there are 6 playable classes, all of which have unique skill lines. Weapons, armor, guilds, races, and becoming a vampire or werewolf also unlock new skill lines.

MapleStory 2 is a free-to-play MMORPG developed by NSquare and published by Nexon. It is available for the Microsoft Windows and was released worldwide on October 10, 2018.

MapleStory 2 features expansive character creation, as well as a unique art style. Leveling has been overhauled, and there are no more tedious grinds. Story-driven quests are much more important, and progression feels natural and organic.

The new spirit level mechanic makes combat much more difficult, but rewarding. Players will have to carefully choose which skill to use and when, and the new 3D environment also allows for dodging. MapleStory 2 isn’t a simple graphical overhaul, but a truly improved sequel which is among the 8 best MMO games you can play today.

Soul Worker is an action MMORPG developed by Lion Games and published by Gameforge. Burning Soul Worker is the only private server for the game, and is based in western Europe.

Soul Worker features beautiful cell-shaded 3D anime graphics and frantic, fast-paced combat. Players are also able to use a variety of collectible card decks, which provide unique bonuses. Movement is fluid, and the UI is intuitive and easy to navigate.

Burning offers players better drop rates, higher XP, and cheaper and easier ways to earn in-game currency. These features, along with the reworked fatigue points system, make Burning a superior experience. Burning guarantees that your game experience will be less of a tedious grind while preserving the game’s original charm.

Tera is a free-to-play MMORPG developed by BlueHole Studio and published by Gameforge. It was released in May of 2012 for the Microsoft Windows, PlayStation 4 and Xbox One.

Tera is played from the third-person perspective and features a real-time combat system. Players target enemies via a crosshair cursor and have to actively dodge enemy attacks.

Players can choose between seven races and thirteen unique classes. The adrenaline-filled combat, great soundtrack, and fluid gameplay make for a memorable experience. Tera is original and unique, and it’s one of the 8 best MMO games you can play today. 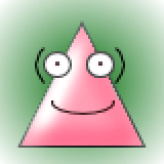 James Williams is a staff writer at B4gamez.com. His gaming expertise makes him a top-rated blogger with a huge fanbase. His specialization is RPG Games, MMOs and MMORGPs. Covering tournaments and review new releases.