A world where magic and demons are real and the fate of the world lies twisted in the lives of a humble bird catcher and a princess of a lost kingdom separated by hundreds of years, welcome to Memoria.

Memoria is an upcoming third-person point-and-click adventure game from ‘Daedelic Entertainment’, set to be released later this year.

At the start of your adventure you are placed into the shoes of a man called Geron, a bird-catcher from the land of Andergast who is quickly revealed to be the hero of the town, having recently saved it for complete destruction, he travels to a camp where he hopes to find a potion to transform the shape of animals. A quick look into the games quest log reveals the reason is so he can turn his fairy friend Naru back from her Raven form she entered in order to help save the town,  while he’s there the merchant he talks to begins to describe a dream he has of Princess Sadja of Fasar, who disappeared decades ago, and will only give Geron the potion if he can figure out the mystery of the princess’ sudden disappearance all those years ago. You then take control of the Princess, and the adventure begins…

Memoria is a traditional point-and-click that is very reminiscent of Monkey island, forcing the player to use lateral and sometimes illogical thinking to get through the various puzzles, made all the more intriguing and difficult with the introduction of magical spells which allows the player to interact with the objects of the world in much more interesting ways; other than the look, pick up, and use commands of the olden days, such as activate and repair. Some spells can only be used at certain times within the game, for example, Princess Sadja can only use the ‘activate’ spell after you have located a mystical staff in the tomb of one of her ancestors. You can interact with the various characters within the world sometimes offering up a multitude of dialogue branches that you can choose of your own accord, in order to shed more light on the story or gain a hint on how to progress.

Within the world there are a lot of interesting things to see and the story and lore are incredibly rich with detail, however this detail is not apparent from the beginning but simply activating the quest log and clicking on the various points it brings up allows you to delve deeper into the world around you and makes it actually interesting to go out of your way and read up on the history of the battles and characters of the game within your own time.

As you delve a little further into the game Princess Sadja finds a mystical staff that, by completing a series of small puzzles, she accidently forges a blood pact with, turns out the staff houses a rather smooth talking demon, whom wishes to be free from his prison and in return offers his loyalty to the princess. He quickly becomes an valuable ally as a large amount of the following puzzles require his magical activation ability to overcome. The relationship between Sadja and the staff is quite humorous with a lovely to and fro between them, taking small digs at one another, or the staff complaining when Sadja ties a bandage around his ‘head’.

One main feature of the game that adds an air of mystery and magic to the whole experience is the fact that the language of the game is actually German, with English subtitles(floating over the heads of the characters in true Monkey Island esque fashion), giving the game an  essence of an old fairy tale, it adds a lovely touch to the humdrum of usual point-and-click games, and even though a language barrier can sometimes alienate a player, the inflection, and tone with which the conversations, some of which are optional and offer multiple choices, actually help to draw the player into the fantasy of it all.

Important to note is the superb visuals of the game, every piece of design has a beautiful hand painted feel, and the character designs, if somewhat generic, have their own personality that comes across before they have spoken even a single word. The environment design is equally beautiful creating some amazing visual treats that present their own air of magic and mystery to the game.

Some puzzles within the game can come across as slightly convoluted, personally, not being much of a point and click adventure fan, I found a lot of them to be a bit too obscure to be obvious and had to resort to a lot of trial and error just to find the right sequences of actions to progress, one instance that really caught my attention was having to interact with the same object 4 times in a row, when it gives you no clear indication of progress until the fourth time. However this is only a small problem and often grants a bigger sense of reward for overcoming a difficult task rather than leaving you feeling annoyed.

All in all Memoria is an engaging adventure game with an interesting story, beautiful visuals, and memorable characters. The core game play is strong and offers a lot in terms of puzzle adventure and offers enough new features to set it apart from its predecessors whilst at the same time paying a lovely homage to older games of the genre.  Look out for Memoria sometime later this year.

Editors Comment:  Spoken to the Publishing house and I can confirm that the final game will be fully Localised. 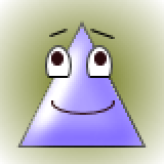 The Duelist is one of the most popular choices of class thanks to these builds.…