Steel Storm: Burning Retribution, a top down shooter that comes close to a bullet hell, but isn’t quite. In Steel Storm you pilot an advanced hover tank, outfitted with numerous weapons ranging from mini-guns to death rays, with these weapons it is your task to fight against an alien threat. Throughout a series of missions you gain new weapons and fight an increasingly greater amount of enemies. The well thought out spawn and choke points  give the game a greater challenge for you to attempt whilst increasing you score.

Steel Storm: Forgotten Prison is the latest DLC released in September 2013, introducing an abandoned prison that was forgotten during the war, it is your task to enter and free the prisoners that are being held there.  The story is told in the same manner as all previous missions within Steel Storm, simply being told through the pre-mission briefing, allowing those who are interested, to read the story, and those not to skip straight to the mission.

The DLC introduces several new concepts to the Steel Storm missions, such as coloured key cards and traps. These help to create a very detailed mission. Key cards help to encourage the exploration of the exceedingly well created levels. With small corridors, locked doors, side rooms and large cell rooms, all guarded by squads of enemies and turrets in strategic positions, the mission really feels like a prison.  This coupled with the great background music produces a tense atmosphere creating a wonderful experience to play.

Fans of Steel Storm: Burning Retribution, will find brand new challenges awaiting them within the new mission, thus stopping the DLC feeling repetitive and too similar to the main game. The new Advanced Beam cannon and Booster, coloured key cards and puzzles, will make the DLC seem new and exciting to all fans no matter how much they have played.  There are still swarms of enemies that will destroy you if you’re not careful, but the spawning locations seem better placed, meaning no more no-win situations, yay.

Now for some negatives, the DLC is actually quite short although adding a lot in terms of new weapons and traps, the DLC only contains one mission and an armoury mission. It only took me half an hour to complete the mission in it’s entirety, with another hour spent trying to get the best possible score I could

Despite the great atmosphere that the level creates it does also cause the level to be a little confusing with there being several points where a person can easily get lost, or be unable to find the next place to go. I personal spent quite a bit of time back-tracking trying to find where to go next.

Do these negatives stop the DLC from being fun? No, although they can cause some frustration, these negative aspects only seem like small momentary nuisances, in the shadow of the accomplishment I felt at having beaten the mission and the fun I had during it.

I’d give Forgotten Prison a 4/5, as it is well worth the money and is an amazing addition to Steel Storm: Burning Retribution that I would gladly buy for the entertainment it provides. 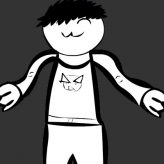 Dogs of War Online is open to all this weekend