Interplanetary is an indie turn based strategy game developed Team Jolly Roger and published by Team17. Those who have played the familiar Worms series will recognise Team17 immediately, as they were the masterminds for bringing the cheeky little invertebrates to our screens. I played the Enhanced Edition of Interplanetary which includes several updates from the previous vanilla title, such as online AI, the ability to reconnect to games, and a third super weapon.

The game’s concept is very simple. You have your own planet, you expand it, you weaponize it, and then you fire aimlessly at other planets orbiting around you. Inteplanetary’s main weapon of mass enjoyment is its method of firing projectiles at opposing planets, as players can adjust the course of missiles to follow orbits to hit targets, however other planets can attract missiles due to their gravitational pull. It is very rewarding to hit another player when you are on the opposite side of the sun with multiple planets in the way. There were times when other planets narrowly avoided my missiles, only for them to circumnavigate the sun, and hit me on my planets rear end. There isn’t any particular lore to the game, however there is an imposing blurb written on the game’s steam page:

“It’s an arms race of interplanetary scale, with each planet developing increasingly powerful weapons. Massive railgun batteries are the backbone of any interplanetary arsenal, but the cunning use of missiles and precision lasers may hold the key to victory. Strategic building patterns, upgrades and defense structures might keep your vital installations standing long enough to give you an edge, but it’s only a matter of time until all but one must fall”

In terms of visuals, the game looks amazing. The auras of atmosphere around the planets look great, and the randomly generated worlds all look polished and highly detailed. However, the closer you zoom in onto the generated cities you realise that the cities resemble a piece of PCB off a circuit board. Also, the damage impacted onto planets don’t show physical signs of destruction, but instead fluorescent circles represent areas shown where missiles have hit the planet’s surface. These two points however are entirely nit-picking, and they don’t affect the overall aesthetics whatsoever.

There are three methods of progress when playing interplanetary. You can either be clever and invest in materials and power to expand your cities, you can focus on intelligence and spy on the enemy to see where their key buildings lie, or you can go full warheads at the ready by concentrating on weaponry. For my first ever game I chose the latter, only to be immediately pummelled by enemy AI, as I had little intelligence on the opposition, and hits to all my power plants caused me to lose power to everything. On the subject of AI, the AI is ridiculously difficult to play against for the first couple of games. Yet, the AI isn’t difficult in an unfair way. I’ve read several reviews stating that the enemy AI are “too tough”, however this experience only lasted a few games. The progression tech tree is very similar to other strategy games, Civilisation V in particular. This gives a great familiarity to a newcomer, especially me when I first played the game. Every upgrade is labelled aesthetically, the thumbnail art looks great, and the upgrades actually matter for once when it comes to the late-game.

The construction implementation of the game is Interplanetary’s minor flaw. There really isn’t much variety when it comes to building different things, and connecting each building in order to receive power can be a daunting task. There were times when I couldn’t place a particular building because there was a peninsula the size of a grain of basmati rice obstructing the build area. Another thing that can be a chore is the fact the more weapons you decide to build, the more you have to target if you want to utilize your full firepower. On the contrary, building weapons is one of the main fundamentals of combat in the game. As your planet rotates, the area in which you build your weapon upon may not be in the correct field of view for a suitable artillery, making it more difficult to hit your target.

I didn’t experience much multiplayer gameplay whilst playing Interplanetary. My brief search lasted very little, after constant refreshing only prompted a four-party game that was full. In the entire world, I could only find one game and that was a private game created by some user and three of his/her friends. There is the option to hot seat so you can play with friends on one computer (a very apt choice to include. Bravo TJR.), however in my personal opinion I believe playing the game via LAN would be the best method of choice. I can imagine my group of friends all in the same room playing this game on a Friday night, (where we should be out socialising instead of building solar plants and ray guns) and having a blast of a time; this game has the potential to be as entertaining as Mario Kart and Quake.

One final note, the music for the game is absolutely superb. The game transitions from an ambient chilled out tone whilst planning your move, to a snare-drum-fast-paced before the battle ballad whenever you or other planets begin firing at one another. Incidentally, the calming trance music reminded me of another game with great music; Worms 2. Huge props to Team17 to filling me up with nostalgia!

Overall, Interplanetary is an exceptional game. Great gameplay, lovely looking visuals, even better music and challenging AI. Interplanetary’s USP of combining physics, gravity and orbits into artillery fire pays off extremely well, providing an experience that is compelling and rewarding. Placing the lack of online multiplayer to one side, Interplanetary produces a solid enjoyable experience with very promising future indeed. 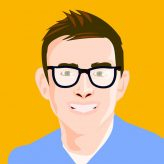 So I formerly studied computer science and now I am a media grad studying journalism. I have been playing computer games since I could hold a controller in my hand, and I remember my first ever game: Pandemonium 2 on the PC. After that, I was hooked. As a massive football fan, I love watching Swansea City, and as a massive FIFA fan, I love playing them online. Currently Rocket League is my forte, sitting comfortably in gold. And I love an old MOBA or two such as Overwatch and League of Legends.