Developed by Cold Symmetry and published by Playstack, Mortal Shell is the latest entry in the Souls-like genre. Created by a team of just 15 people, the game is a bit of a love letter to Demon’s Souls and Dark Souls and is very likely to test your mettle right off the bat. While its influences are noticeable almost immediately, it manages to successfully stand out thanks to some new and unique mechanics.

The story is a bit vague and intentionally so. You start off as a husk of sorts and awaken in an odd place. Soon after waking, you encounter your first Shell, who you are able to inhabit. You take on their appearance, strengths, weaknesses; you name it. Shortly after obtaining your first shell, you encounter a prisoner who tasks you with finding three glands, which he intends to use to heal himself. That’s the main reason for your quest, however, a lot of the lore is drip-fed to you as you talk to NPCs, unlock skills, and read inscriptions found all over the world. It’s fantastic as everything is so mysterious all of the time and slowly unravels as you progress in the game.

When it comes to gameplay, it will instantly feel familiar to fans of the Souls series as you make use of light and heavy attacks to damage enemies and dodge if they swing at you. However, Mortal Shell doesn’t have a button to block incoming attacks and instead, allows you to Harden your being; it’s almost as if you’re able to turn into stone for a few seconds. This saves you from taking damage, but also has the possibility to make your enemy’s attack bounce, creating an opportunity for retaliation. You also aren’t limited to just using Harden when you’re waiting for an attack though, as you’re actually able to use it during your attack in order to defend yourself and immediately continue the offensive to down your foe. It does feature a bit of a cooldown though and can’t be used in rapid succession, so some strategy is definitely required. The combination of this and actually evading makes for some fascinating combat.

In addition to defending, you’re also able to launch a counter-attack by using the Parry manoeuvre. This is done by waiting for the moment that your enemy’s attack is about to start and hitting a button (L1 on PS4) in order to stun them. This can then be followed up with an Empowered Riposte, which delivers a fairly large chunk of damage in addition to restoring some of your health. In order to actually do this though, you need to have built up two bars of Resolve, which is gained by defeating enemies. It’s incredibly rewarding when you get it right, but also leaves you wide open to attack if the timing is off; it encourages you to measure the risk versus reward in the heat of battle and frankly, is quite exciting.

I did have some issues with the gameplay at certain points. A few times, when I was in the middle of a fight and attempted to dodge, I would suddenly be caught on a piece of the environment. Additionally, I found that enemies were able to glitch right through an object and successfully land an attack when they shouldn’t be able to. In the grand scheme of things, there are minor issues, but they did hamper the combat periodically.

Mortal Shell also features a class system but not in the way that you think. As mentioned before, you inhabit a Shell at the very start of your adventure, however, there are a few others waiting to be found and inhabited. Harros, your first Shell, is the most basic one but is perfect for learning the ebb and flow of the gameplay in the earlier areas. Each Shell is notably different, both in terms of stats and unlockable skills. One may have more stamina, whereas another may have more health, making them suited for different fights. I honestly love the way Cold Symmetry has done this; it makes for such a refreshing take on classes.

Another feature that I really liked was that you needed to learn your Shell’s name by using Tar, the game’s main currency. Learning the Shell’s name also unlocks a little bit of backstory about who they were before they died. Unlocking more of the skills from the tree reveals more about them, little by little, giving players a chance to become invested in a certain Shell instead of just navigating a random character around the world.

In a sense, this trickles down into the item usage as well. In order to learn an item’s effects, you will need to use it. The more you use it, the more familiar you become with it. Once an item has reached max Familiarity, its effects are increased. It’s a nice touch since you’re effectively new to this world and must learn the uses for everything you find. It can be a bit of a double-edged sword though since some items are poisonous when you unknowingly make use of them, gradually whittling down your health. It’s especially frustrating at the start of the game when you’re still discovering items and may not have found an item that can act as an antidote.

If your enemies prove to be too much for you and your health is depleted, you will be knocked out of your Shell and left vulnerable to attack, which will end your current run. However, if you manage to make it back to the Shell before your actual form suffers a killing blow, your health and stamina will be fully restored. This second chance system is quite like the one seen in Sekiro: Shadows Die Twice but adds a nice twist to the dynamic, making it feel unique.

Visually Mortal Shell looks and runs well. I never had any issues during my playthrough except for the odd deceased enemy twitching on a piece of the environment, but this never really tarnished the experience. I do quite like character models of the various Shells and also the animations when you first inhabit them are great to watch. The enemy character models are pretty good too with a handful of them being just downright bizarre in their appearance. The audio is on par with the game’s visuals, featuring some fantastic sound design and voice acting for the various NPCs you encounter.

Mortal Shell is a fantastic new entry in the Souls-like genre. It takes mechanics from the games that it inspired its creation and adds some new twists that make it feel like a unique experience. There are some issues when it comes to enemies glitching through obstacles and also yourself getting caught on the environment at a crucial moment. It can be a bit frustrating when it happens, but thankfully this isn’t a particularly frequent occurrence. Mortal Shell is a really great experience that is sure to provide a suitable challenge for fans of the genre.

This review is based on the PS4 version of the game which can be purchased here for £24.99

Mortal Shell is developed by Cold Symmetry and published by Playstack and is available on PlayStation 4, Xbox One, PC.

Mortal Shell is an action role-playing video game developed by Cold Symmetry and published by Playstack. It has been compared to the Souls series and released on 18 August 2020 on PlayStation 4, Xbox One and Microsoft Windows, through the Epic Games Store.

Getting caught on the environment 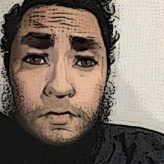 Fall Season for the 2020 PUBG Mobile Esports Program has begun