For a very long time now I have been saddened by the fact there aren’t that many local multiplayer games on the market. I truly believe that it would still be a massive factor in the purchase of a title for many casual and hardcore gamers alike. Enter ‘Oh My God Heads’.

‘Oh My God Heads’ was initially released on 6th April 2017. Developed by Titutitech and published by Square Enix, the game sees up to four people battle it out against the clock on multiple actions packed, fun-filled levels which can be picked from five differing game modes, just like you would see in a video slot game.

Much like many other typical competitive games out there you can select between;

My favourite mode was ‘Capture The Head’ as, for me, it was the most competitive.

There is no story to this game (and no online multiplayer, believe me I have looked extensively through the options). The aim is to run to the center of the level and grab the God head, which you can select just like you do with your character before you start the match with each having their very different appearances and ways that they affect the play during the course. I won’t go into detail about what each head can do as trust me, it’s well worth finding out for yourself. With the help of your team mate you then have to run to the opposition’s side of the map and throw it onto their altar to score a point (if you score three times you win the game). Sounds easy. The game changing factor is that your opponent has to try and stop you by hitting you with their sword/stick/whatever weapon that character holds and ranged attacks. If you get caught you ‘die’ and have to respawn back at your end. Your opponent has to try and do the same to you. It’s pretty much like a psychedelic game of tag.

My second favourite mode was ‘Headhunters’. You select your desired character and in a two versus two showdown, you have to kill the opponents more times than they kill you. It is a very fast paced mode and leaves no room for error. I made countless mistakes during my time with this mode and found myself respawning frequently. This makes for an incredibly exciting experience. Especially with the upbeat soundtrack that accompanies it.

One thing I would have liked to have seen throughout all of the game modes, where you can have up to four players, is a variance in character selection for the remaining AI players. What I mean by this is you can select the character you would like to be but when you bring the AI players into the mix there is no way to select any of the remaining characters. The AI is stuck with a generic avatar. By no means is this a game breaking aspect, just something I would like to have seen.

This game, as I mentioned previously, can be played by up to four people. This makes it perfect for breaking out at a house party or family gathering for some quality time together. It’s perfect for kids too. You can adjust different types of options to even include if blood effects are shown or not and of course the difficulty level. Perfect for if you want to keep the kids quiet for a few hours.

Graphically I really think this game comes into its own. Not because it has the polish of other game releases from around the same release time, it doesn’t and it’s not supposed to, but for the fact that it knows it’s not serious and plays on it with its quirkiness. From the cartoon like characters (my personal favourite being ‘Sir Fishelsworth’, The top hat wearing penguin) to the basic but challenging maps in which you can compete in. Every aspect of this title is the most colourful I have seen in a long time. The ‘Heads’ that are the key pieces in the game each have their own graphical personality, which also shines through in the different actions that they perform during the course of a match.

The maps each have their very own styles and layouts also. From The ‘Nubian Pyramid’ of Egypt, to ‘Gojo Bridge’ in Japan you never feel like you are playing on the same level, which makes for a great challenge when you first venture into the game. This definitely adds to replay-ability.

Sound wise the game keeps you on your toes with its consistent up-beat music. Each individual map has it’s own theme depending on whereabouts it is located. I often found myself becoming engrossed in the game and forgetting I was sat at my system and rather lost in an arcade. For me, sounds tend to play a big role in games and this one hit the nail on the head for what it was trying to achieve. The devilish deep voice telling you that the match is about to begin, and at the end of a match who won, is a great contrast between the light hearted music and just adds a nice bit of flavour.

As with all things in life, with the good comes the bad. With all of these postitives, there has to be a negative. I’m going to say it, I miss online multiplayer. If you don’t know me you would think I have gone crazy. As someone who was born out of the Sega Megadrive era of gaming, there was nothing like sitting down and grabbing the controls to nudge in on your best friends’ mission just to be more of a hindrance and ruin the game for them entirely (come on, I’m not serious..). With this game, this is all it is about unless you want to compete against an AI team. It sounds like there is no pleasing me and don’t get me wrong, I do still find it challenging to thunder through my opponents’ sword swipes and score points at their altar, I just feel that adding an online multiplayer would have been a complete game changer for this title. Doing this while having abuse hurled at you through your headset by as you score in the final seconds to claim a victory would definitely add a refreshing element to an already fun-filled game.

Personally, with this absent it feels as though a relatively big chunk is missing. The want for it is still at the back of your mind if you play solo. It can be extremely fun for the first few rounds on your own but if no one else wants to play in your household you’re left with just the AI as there is also no Solo mode.

That being said ‘Oh My God Heads’ is a simple but exceptionally fun game for anyone who wants to pick up a controller with their friends and have a laugh. It is highly enjoyable and the way the developers have designed the graphics to include bright, vibrant colours with music that suits the visual adds to the experience. My only huge problem is the lack of online multiplayer. This would have, in my opinion, given the game a whole different dimension.

A game that finally puts local multiplayer back on the map can't be all bad.

The concept of the game is simple yet brilliant.

The colours are just beautiful, along with character animations.

No solo mode other than 'Trials'

Some background for the characters would have been a nice touch.

No online multiplayer makes it feel as though a large chunk of the game is missing. 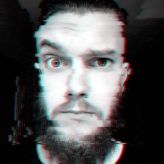 Avid open-world game enthusiast. I love games that have a great story and a stunning setting. On the flip side I love a good team shooter and also combat sport games. You could say I am an all-rounder! Self Confessed Xbox fanboy.