As a child, like many of you, I had a wooden train set, even today the majority of these sets are available everywhere for little and big children alike. In my day, the amount of extras pieces other than the track and train were limited to maybe a tree, but today you can get anything and everything you want – you can now build entire population centres if you want to. As a child you are more than likely to be one of two types of players when it comes to this activity … you built, played then destroyed what you made or you kept it for a few days/weeks before your mum puts it away cleaning up your room… I was the latter. Now there is no need to tidy away your creation, as the developers down at Whoop Group with the help of Excalibur games have taken this enjoyable child (and adults) game to the next stage of evolution and have turned it into the ultimate sandbox game.

‘Tracks: The Train Set Game’ has been on Steam early access since September 28th for £14.99, with a possible increase as more content is added after its full release date on November 14th. It is also available on XBOX with the possibility of other consoles jumping in on the action in the future. As soon as I had discovered this game I had to try it out, not only because I enjoy simulator games nor the fact it’s based on one of my favourite childhood toys, but because I really think my child would enjoy it too. Having dabbled for a few hours, I found once you get to grips with the controls it’s very easy to create. The step by step offered during the initial start-up of a level is informative and easy to grasp, and if you forget, the tutorial is waiting for you every time you start up and by pressing (K) the tutorial is skipped. The keys are similar to that of most simulations with the use of WASD to control camera direction and the mouse wheel for the height. When it comes to building, the mouse directs the path of the tracks, Q and E alter the height of the track, LMB places pieces and RMB deletes pieces. You can experience your creations first hand with the first-person mode by pressing (T); this will drop you down into the driving seat and again WASD will control the train directions and with spacebar working as your break you can travel around your track picking up passengers and dropping them off as you please. Additionally, the LMB is used to place items with (C) used the clear them and (R) to rotate. See a simple configuration of keys.

So, what has this game got to offer? Being an early access game there may be some more things to come even after the game is fully released. For the moment, there are several levels or environments available for you to build on. Firstly the some of the levels available are Clear or Clear (Night); this is a sandbox environment on an empty canvas in both day time and night time, so if you can imagine it you can build it. You can spend hours here with options to change the scenery, the train decoration and add different ornamental pieces. The other level options are different pre-made minimalistic home environments boasting modernly stylised rooms that contain different types of furniture and features, again with both day and night versions. Unlike the Clear levels though, the home environments offer two modes; ‘Free Play’ mode is exactly what you would assume it would be and the other mode is ‘Passengers’. Here, you can free play or attempt the challenge of creating tracks and platforms that link already placed stations to passengers that are dotted randomly around the environment. The challenge being that occasionally you will have a count down which you need to beat and if you fail the next set of passengers will not appear. It’s a nice little challenge, sadly I didn’t get much time to go wild with it due to going wild on the ‘Clear’ environments, but seeing how my room began to turn out I can imagine the track will quickly swomp the room and it would be interesting the see the end product; something to strive to I feel.

Clear levels as previously stated are the main sandbox environments where you create from scratch train sets, populations centres and more. First and foremost, when I start any game like this I like to set the scene, for this game pressing the (G) button brings up the scenery and train toolbars. There are a few features you can play about with such as the overall tone and sky colour using a colour wheel and hue bar. You have the options to fiddle with the fog density and/or add snowflakes falling from the sky, not rain though which did make me wonder why not? Possible DLC? Additionally, the terrain can be altered from blank (the default setting) to either grass, mud, stone, water, sand, hay or snow. The train toolbar allows you to alter the train decoration, the standard default is wooden but you can add your own style options which include your choice of colour for different parts, different patterns again with different colour options, and a few other preferences or you can just click the gingerbread option.  Lastly, there is a whistle that is optional too. Once the scene is set its time to build, I started with good old green grass, I like to start with what I know, and I wanted to create a valley scene with mountains and windmills, a river flowing through, a village, the whole shebang. However, there are no land build options, so what was I suppose to do? This is where the experimental pieces (found in Toy Box) come into play and I had so much fun configuring the hillside with the grass blocks. Possibilities are near enough endless and unlike the real deal, you don’t need to scroll the internet looking for different sets it is all there at the touch of a button, the space bar to be specific. The only limit is your own imagination!

At the beginning of this review, I described that the actual toy itself has extras besides the train and track, and further on I briefly covered that the game had different ornamental pieces that can be added to your creation. This is the Toy Box, and it can be used in any environment. Pressing the spacebar will enable access to the Toy Box tool, and just looking at what is on offer will make your imagination run riot, well it did for me. I wanted to use everything in one build but ended up using just a fraction of what was on offer. The items are all well laid out, all titled to make it easier to find and some items include a description of an animation they perform and how to activate it. As I scrolled down the menu, I was quickly drawn the bottom of the page where the Experimental features were, stating ‘objects are early in development and may be confusing, ugly or just plain broken’. Talk about dangling a carrot in front of a donkey, of course, these are the pieces I’m going to try first! Another good detail is that some of the items randomly change colour, take for example a car which in the Toy Box is red, however in-game every time you place one it changes colour. The game has many little details that did surprise me and I like that about the game. Saying that though I feel there are areas for development, being an avid simulator player certain tools I feel should be a necessity in a game of this type, either that or some games are just spoiling me. Something as small as a draw or spray tool that can alter the ground colouring in small areas to create paths, muddy fields or a patio in someone’s back garden. Now that would help me as a bit of a perfectionist to complete a world.

The graphics are vibrant and bold just how you would expect a game developed from a classic children’s toy should be, and if you don’t fancy that I think the fog will be able to mask the vibrancy of the colours. The simplistic designs of the ornamental items along with the well-tuned graphics really deepen the pleasant feel of the overall game and having quite minimal system requirements for this game, (as seen below) allow for any level of gamer to play.

The audio is charming and subtle, sweet background sounds that set the mood for the game. Additionally, there is a soundtrack DLC available on Steam for a meer £3.99, which includes 13 piano played pieces that are said to entice the nostalgia of a “much simpler time… When you used to play with small wooden trains and track pieces” (Steam). If these soundtracks are anything like the original I think your ears and mind will be in for a treat, as it is just really relaxing to listen to and playful.

If you have not guessed it yet, I do really like this game and I think my children will too. Any creative personality can appreciate a game like this, the abundance of possibilities made available and the prospects of DLC content is extensive. It may be just a small indie title now, but it can grow to be anything the developers want it to be. I remember Minecraft in its beta stages and SIMS when it first came out, look at them now. It just shows how something simple can develop into something huge. While there are still areas that can be developed I feel with the right innovations the game will become more popular among the creative of us and could even develop into the education sector if pushed enough. It is the little details that make this game, for me anyway and I could list them all but then that would spoil the exploration of the game for you the reader and possibly the player of this game

Great a game for children to get into Simulation Games

Great for a creative Mind

Could be used in schools

The audio is charming and subtle

The graphics are vibrant and bold

Soundtrack DLC should be free 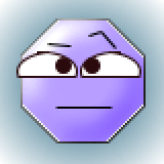 All in! Games to produce and distribute Alaloth - Champions of The Four Kingdoms